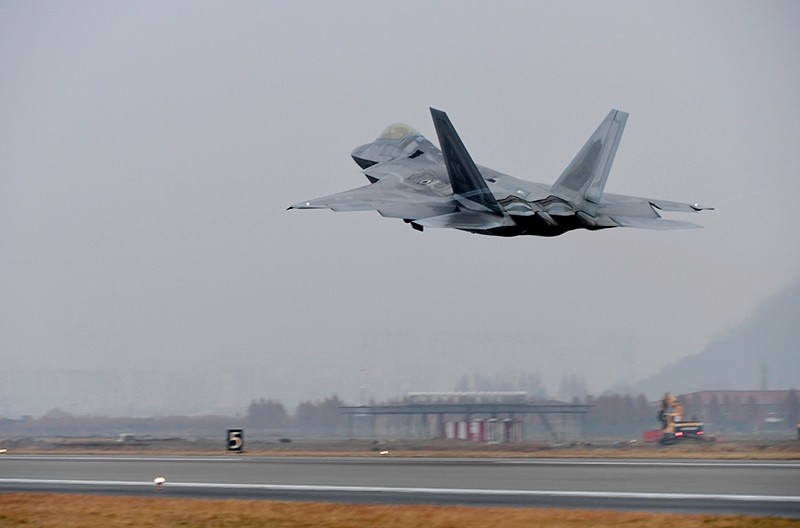 It takes places a week after North Korea test-launched its most powerful intercontinental ballistic missile that puts most of the U.S. within range.

On Sunday, Senator Lindsey Graham said it is time for U.S. military families in South Korea to leave the country because the conflict with North Korea is getting close.

"If there's an underground nuclear test (by the North), then you need to get ready for a very serious response by the United States," Graham told the CBS show "Face the Nation".

The isolated and impoverished North has staged six increasingly powerful atomic tests since 2006 — most recently in September.

"The preemption is becoming more likely as their technology matures. Every missile test, every underground test of a nuclear weapon, means the marriage is more likely," the senator said.

Graham's remarks echoed those of Trump's National Security Adviser HR McMaster, who told a security forum on Saturday that the potential for war with the North "is increasing every day."

The North has boasted that the Hwasong 15 ICBM tested on Wednesday is capable of delivering a "super-large" nuclear warhead anywhere in the US mainland.

Analysts agree that the latest test showed a big improvement in potential range, but say it was likely achieved using a dummy warhead that would have been quite light.

They say a missile carrying a much heavier nuclear warhead would struggle to travel as far.

They are also skeptical that Pyongyang has mastered the sophisticated technology required to protect such a warhead from the extreme temperatures and stresses encountered as the missile hurtles back to Earth.

The North's widely-condemned nuclear and missile programs have made significant progress under leader Kim Jong-Un, who has overseen four nuclear tests and dozens of missile launches since taking power in 2011.

The months-long nuclear standoff between Kim and Trump — as well as their trading of personal insults — has fuelled concerns of another conflict, more than six decades after 1950-53 Korean War that left much of the peninsula in ruins.

But even some Trump advisers say U.S. military options are limited when Pyongyang could launch an artillery barrage on the South Korean capital Seoul — only around 50 kilometers (30 miles) from the heavily-fortified border and home to 10 million people.