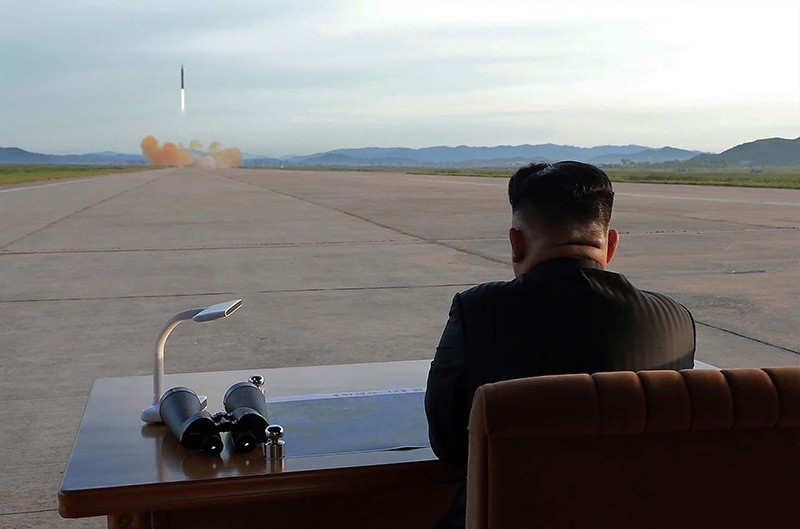 North Korea blamed US "nuclear blackmail" for soaring tensions over its weapons program in rare meetings with a senior UN official, but agreed to regular communication with the organization, state media said Saturday.

Jeffrey Feltman arrived in Beijing Saturday after wrapping up a five-day visit to Pyongyang aimed at defusing the crisis, just a week after North Korea said it test-fired a new ballistic missile capable of reaching the United States.

His trip -- the first by a UN diplomat of his rank since 2010 -- saw him meet Foreign Minister Ri Yong-Ho and vice foreign minister Pak Myong-Kuk, the North's state news agency KCNA said.

"At these meetings, our side said the US policy of hostility toward the DPRK (North Korea) and its nuclear blackmail are to blame for the current tense situation on the Korean peninsula," the report said.

It added that the North had agreed with the UN "to regularize communications through visits at various levels".

The report did not mention any meetings with leader Kim Jong-Un, who has ramped up his impoverished nation's missile and nuclear program in recent years in order to achieve Pyongyang's stated goal of developing a warhead capable of hitting the US mainland.

Feltman, the UN's under secretary general for political affairs, visited the country just after the United States and South Korea launched their biggest-ever joint air exercise.

Pyongyang reiterated its view that these maneuvers were a provocation on Saturday, accusing the drills of "revealing its intention to mount a surprise nuclear pre-emptive strike against the DPRK", using the acronym for the country's official name.

The UN Security Council has hit the isolated and impoverished North with a package of sanctions over its increasingly powerful missile and nuclear tests, which have rattled Washington and its regional allies South Korea and Japan.

Early Saturday Feltman flew to Beijing, a key transit point with the North, and left the city's airport without speaking to reporters.

China, which is Pyongyang's sole major diplomatic and military ally, has called on the United States to freeze military drills and North Korea to halt weapons tests to calm tensions.