Tillerson calls on China, Russia to ramp up pressure on North Korea 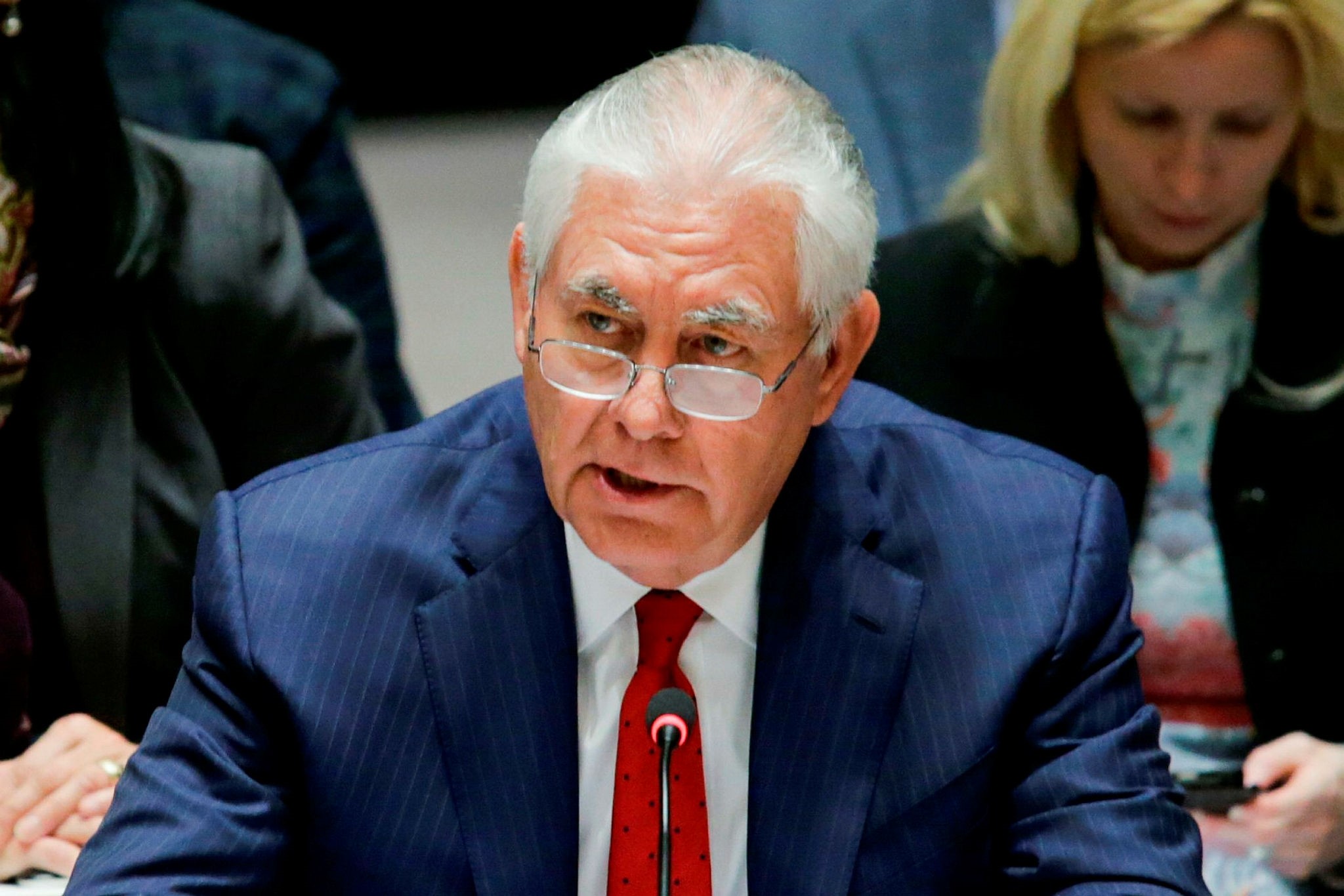 US Secretary of State Rex Tillerson speaks during the UN Security Council Ministerial Briefing on Non-Proliferation and the DPRK, at the United Nations, on December 15, 2017, in New York. (AFP Photo)
by Compiled from Wire Services Dec 15, 2017 12:00 am

Addressing the U.N. Security Council, Tillerson also called on the two world powers with the closest economic ties to North Korea to increase pressure over the pariah nation's nuclear and missile programs, and go beyond full implementation of U.N. sanctions.

Tillerson said that continuing to allow North Korean laborers to toil in "slave-like conditions" for wages used to fund nuclear weapons "calls into question Russia's dedication as a partner for peace."

He said that with crude oil still flowing into North Korean refineries, the U.S. also questions China's commitment to "solving an issue that has serious implications for the security of its own citizens."

Tillerson also said there must be a "sustained cessation of North Korea's threatening behavior" before talks can occur between Washington and Pyongyang, but he did not specify a length of time for a lull.

"Apart from that step, there are no preconditions for talks, nor will we accept pre-conditions from North Korea or others," Tillerson added.