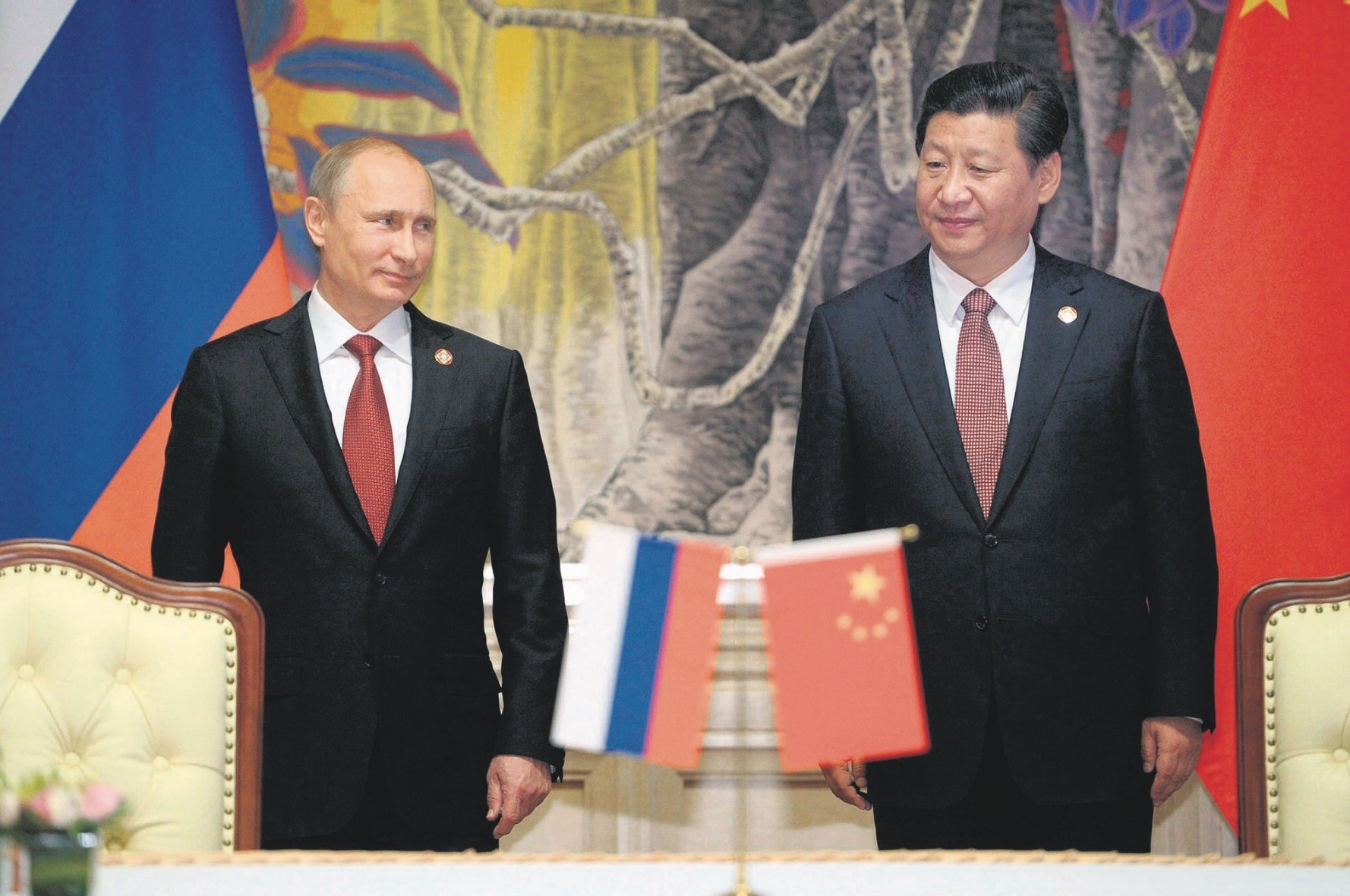 The Chinese president said he hopes for the comprehensive strategic cooperation between Beijing and Moscow to be expanded.
by Daily Sabah Jan 01, 2018 12:00 am

The ‘Red Dragon' and the ‘Russian Bear' are striving for a closer strategic relationship in the coming years, said the Chinese president

In the message, Xi, on behalf of the Chinese government and the people, extended his sincere greetings and fine wishes to President Putin and to the Russian people.

China seeks to promote international strategic coordination with Russia, and to work for new fruits in the development of bilateral ties, he said.

Noting that 2018 and 2019 will be the years of cooperation and exchanges between the two countries at local levels, Xi said the events will surely boost local exchanges of China and Russia, and help grow the popularity of the idea that the two sides share a long-standing friendship and seek common development and prosperity.

Xi said the passing year has seen important progress in the development of the China-Russia comprehensive strategic partnership of coordination, adding that the two sides have shown firm support for each other on questions concerning their respective core interests, and reaped key early harvest in docking the China-proposed Belt and Road Initiative with Russia's Eurasian Economic Union.

The Chinese president also noted that the strategic and major projects of the two countries have been steadily moving forward, and the cooperation in innovation and agriculture, as well as people-to-people and media exchanges have been flourishing.In November, President Putin had hinted at such a development, having said that he "want[s] to point out that our efforts are not in vain. The turnover has increased by more than 35 percent. That is good news. You [Chinese President Xi Jinping] mentioned several big projects in various spheres. We will work hard on them; we will look for new spheres of cooperation, and I am sure that they will be found and [their potential will be] fulfilled," he said, adding that Russia's goal was to develop strategic cooperation with China.

China and Russia have also maintained close and effective coordination in international and regional affairs, and have made important contribution in preserving world peace and stability, Xi added.

Russo-Chinese relations had been icy for the better part of a century after the death of Joseph Stalin in 1953 and his subsequent condemnation by his successor, Nikita Khrushchev, in 1956.

Due to the USSR's official condemnation of Stalin's numerous crimes, then-Chinese Premier Mao Zedong had accused the Soviet leadership of "revisionism" and the de facto ideological alliance between the two Communist powers ended.

The Soviet Union and China were effectively in the same Cold War situation as the United States and the former, engaging in proxy wars in the 1960s and 1970s, the most infamous examples of which was Chinese support for the anti-Soviet Mujahedeen in Afghanistan. China had also invaded Vietnam in 1979, which was a Soviet ally.

It would not be until after the collapse of the Soviet Union in 1991 and the subsequent rise of the Russian Federation that relations between the two would become more cordial.

Despite the recent announcements by the contemporary leadership of Russia and China, the Bear and the Dragon have already been maintaining a strong geopolitical alliance and engage in significant levels of trade, both of which will most likely intensify in the future.