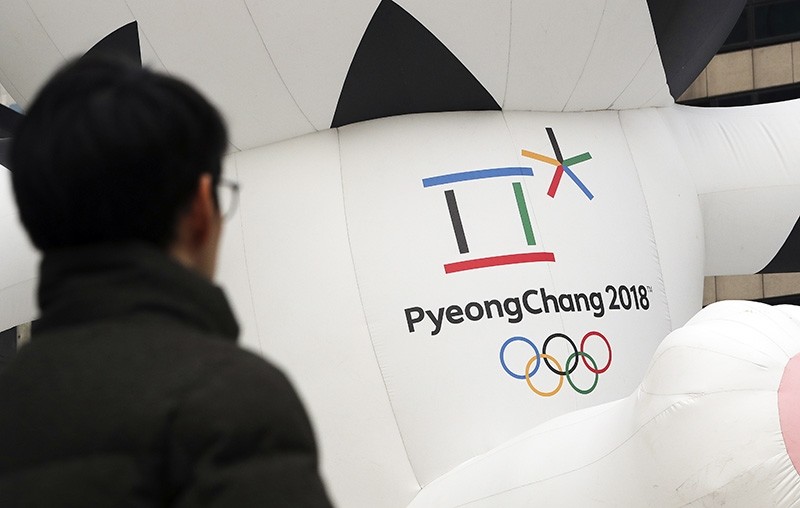 A man walks by the official emblem of the 2018 Pyeongchang Olympic Winter Games, in downtown Seoul, South Korea. (AP Photo)
by Associated Press
Jan 02, 2018 12:00 am

South Korea has offered high-level talks with rival North Korea meant to find ways to cooperate on the Winter Olympics set to begin in the South next month.

Tuesday's offer came a day after North Korean leader Kim Jong Un said in his New Year's address that he's willing to send a delegation to the Olympics, though he also repeated nuclear threats against the United States.

Analysts say Kim may be trying to drive a wedge between Seoul and its ally Washington as a way to ease international isolation and sanctions against North Korea.