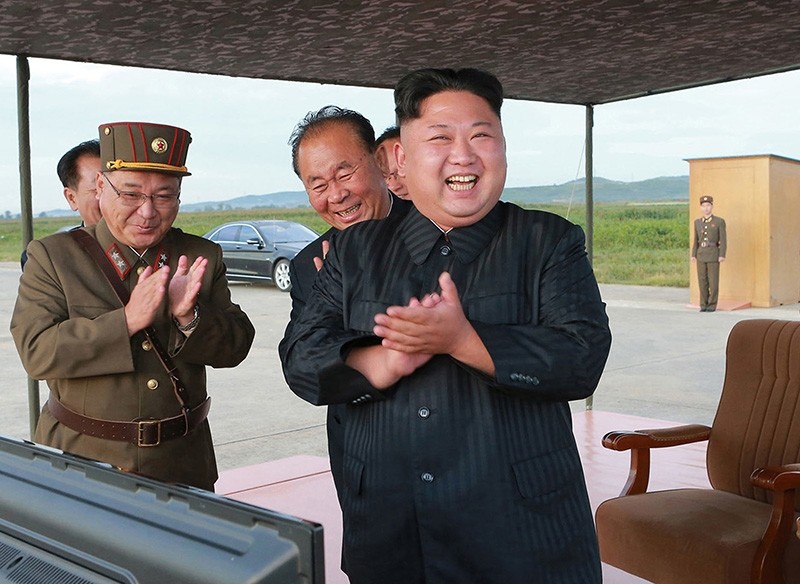 In this undated file photo distributed on Sept. 16, 2017, North Korean leader Kim Jong Un, right, celebrates what was said to be the test launch of an intermediate range missile. (AP Photo)
by Jan 11, 2018 12:00 am

Kim has "accomplished his strategic objective. He has a nuclear arsenal," Putin told reporters, warning that the only way to denuclearize the Korean Peninsula is through dialogue.

North Korea has a rocket with a "range of up to 13,000 kilometers, which can reach practically any point on the globe - in any case, any point within the territory of his probable enemy," Putin said, according to state news agency TASS.

Russia and China have maintained the relatively closest diplomatic relations with insular North Korea as that country has traded threats of nuclear war with the United States.

On Wednesday, South Korea and the U.S. said they were willing to meet with North Korea - perhaps even with Kim - under some circumstances, in a potential conciliatory step after years of increasing isolation for Pyongyang.