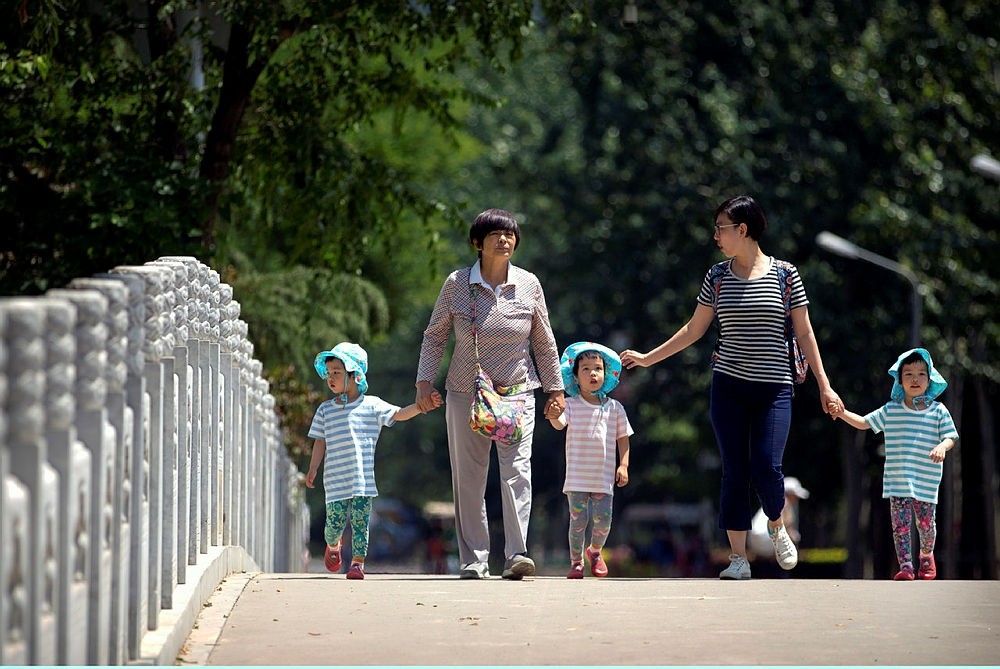 The number of births in China fell last year even though the world's most populous country has relaxed its one-child policy to allow all couples to have two children.

The country saw 17.23 million births in 2017, compared to 17.86 million in the previous year, the head of the National Bureau of Statistics, Ning Jizhe, said on Thursday.

The nation of some 1.4 billion people began to phase out its one-child policy in 2015 in response to concerns about an ageing population and shrinking workforce, prompting the number of births to rise the following year.

While last year marked a decline, an unnamed official from the National Health and Family Planning Commission said in a statement the number of births remained "at a relatively high level".

The decrease was due to the declining population of women of child-bearing age and people's decision to get married and have children later in life, the commission said.

While overall births fell, the proportion of newborns born to parents who already had a first child rose to 51 percent in 2017, five percentage points higher than 2016, commission said.

Since the late 1970s, strict measures restricted most couples to one child, with violators facing fines and even forced abortions.

Around 53 percent of one-child families have no desire for a second, according to a survey of 10,000 families with children under 15 by the All-China Women's Federation.