Contaminated water accounts for 40 pct of all deaths in Pakistan, kills 100,000 a year 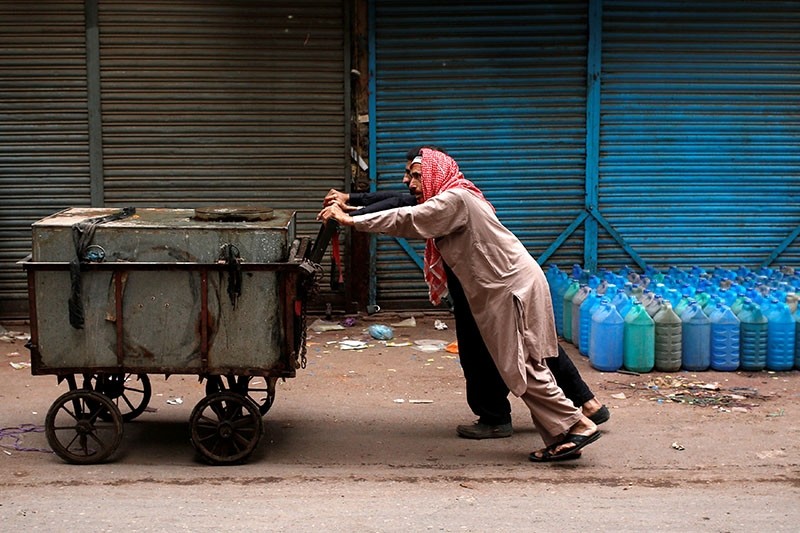 It is neither terrorism nor natural disasters but the unavailability of safe drinking water which leads to the highest number of deaths in Pakistan.

According to the UN, consumption of contaminated water which leads to several waterborne diseases contributes to 40 percent deaths nationwide every year.

The release of untreated industrial waste, unsafe sewage system, agriculture run-off and unplanned urbanization, has downgraded water quality over the years, especially in the big cities, depriving almost two-thirds of over 200 million Pakistanis of potable water.

In several remote parts of the country, people have to travel miles to fetch drinking water. In desert areas, which depend on rain for water, it is not uncommon for humans and animals to share water from the same pond.

The top court last month began hearing a suo-moto case on the deteriorating drinking water conditions in southern Sindh province, particularly the provincial capital Karachi, where a large number of citizens are compelled to buy potable water on a regular basis.

The Supreme Court summoned the provincial chief minister and asked him to drink a glass of tap water-a symbolic move to highlight the gravity of the situation.

A water commission was also set up on the court's order, whose head will have the powers of a Supreme Court judge to oversee water distribution system in the province.

According to figures from the Health Ministry and UNICEF, more than 50,000 children below the age of 10 die every year from waterborne diseases like cholera, diarrhea, dysentery, hepatitis, and typhoid.

"Unfortunately, the problem is going from bad to worse as the number of deaths caused by waterborne diseases are increasing every year," Ahsan Siddiqui, a Karachi-based water expert, told Anadolu Agency.

Every year, he noted, over 100,000 people -- half of them children -- die from waterborne diseases in Pakistan.

"Currently, Pakistan is spending half of its total health budget for the cure of waterborne diseases. This can easily be saved if we provide safe drinking water to the people," said Siddiqui, who is assisting the water commission.

He suggested some immediate steps to improve the situation, which includes, replacement of the decaying water supply lines and setting up of community water treatment plants.

He lamented that there was no concept of differentiating between drinking water and service water-used for washing clothes or cars.

"Water filtration plants are being set up in Punjab and Sindh provinces to provide safe drinking water to the people.

The government, she added, is focusing on areas where the crippling polio virus has been reported in water samples.

Pakistan reported eight case of polio in 2017, ranking among the only three polio-endemic countries of the world.

Clean water, she said, will reduce the number of polio cases.

Water quality is not the only issue plaguing the South Asian country which also happens to be a nuclear power. Its depleting water resources are a cause for alarm.

A decades-long confrontation among the four provinces over water distribution has hampered the planned construction of several new dams in the country.

"Pakistan desperately needs new reservoirs to conserve water as the country's existing water storage capacity is fast depleting due to silting of dams and canals," Ghulam Murtaza, a senior research officer at Pakistan Water Council, a research institute that operates under the Science and Technology Ministry, told Anadolu Agency.

"There is still no concept of water conservation in Pakistan, particularly among the farmers who use 10 times more water than what is needed," Murtaza added.

The unavailability of potable water has led to a surge in the bottled water industry with a majority of companies providing below-standard water to people.

According to the Pakistan Council for Research in Water Resources (PCRWR), a subsidiary of the Ministry of Science and Technology, more than 100 brands -- out of 111 -- are selling unsafe drinking water through substandard plants to consumers.

In Karachi, home to over 150 million people, organized mafias fill the vacuum left by the crumbling government network by supplying water through tanker trucks to over 40 percent of the city at much higher costs.