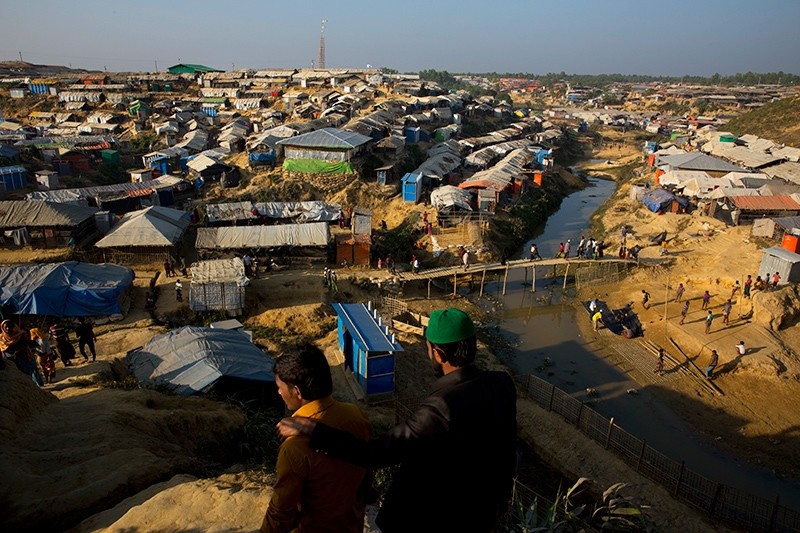 Bangladesh said Monday that the repatriation of Muslim Rohingya refugees to Myanmar will not happen on Tuesday as planned because arrangements were incomplete.

"There are many things remaining," Abul Kalam, Bangladesh's refugee relief and rehabilitation commissioner, told Reuters by phone. "The list of people to be sent back is yet to prepared, their verification and setting up of transit camps is remaining."

Under an agreement signed last week, Myanmar is set to receive Rohingya refugees from Bangladesh at two reception centres and a temporary camp near their common border starting on Tuesday and continuing over the next two years.

Myanmar agreed to repatriate Rohingya refugees from Bangladesh in November, but the U.N. and rights group fear for their safety in the country, where anti-Muslim sentiment is surging.

More than 650,000 Rohingyas were forced to flee the Buddhist country since Aug. 25 due to "clearance operations" by the army.

The U.N. the military's actions as "ethnic cleansing," and rights groups have accused security forces of atrocities, including mass rape, arson and killings. The U.N. rights chief said Myanmar army could commit acts of genocide.

Described by the U.N. as the most persecuted minority, Rohingyas have been the target of communal violence and vicious anti-Muslim sentiment in mainly Buddhist Myanmar for years. They have also been systematically oppressed by the government, which stripped the minority of citizenship and severely restricts their movement, as well as their access to basic services. Tensions erupted into bouts of bloodshed in 2012 that pushed more than 100,000 Rohingya into grim displacement camps. Despite the squalid conditions in the overcrowded camps in Bangladesh, many of the refugees say they are reluctant to return to Myanmar unless they are granted full citizenship.