Australia sends 40 refugees from PNG's Manus Island camps to US 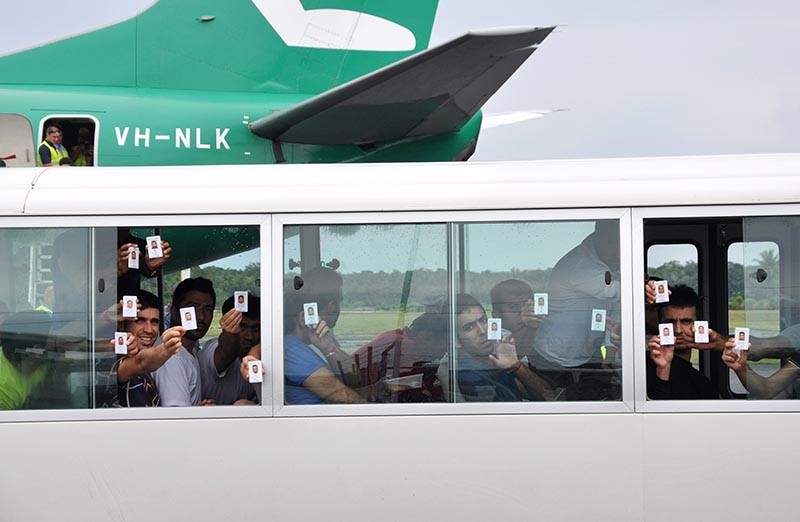 "It was a bitter-sweet moment for the refugees -- who on the one hand, are happy to be gaining the freedom that Australia denied them more than four years ago; but on the other, they remain extremely concerned for those that are being left behind," the advocacy group said in a statement.

The refugees, from camps on Manus Island, flew to Manila from where they will fly on to the U.S. in different groups in the coming weeks before being resettled across the country, it said.

The group released photos showing the refugees lining up before dawn to get on buses for the airport, then waiting at the gate to board their flight to Manila.

Another 18 men were due to leave Port Moresby in the coming weeks, it said.

Australian and U.S. immigration authorities did not immediately respond to a request for comment on the refugees' movements.

Canberra sends asylum-seekers who try to reach Australia by boat to detention camps in Manus and the Pacific island of Nauru under a tough policy designed to choke off the flow of refugees to the country.

More than 1,000 still remain in limbo in the remote locations.

Canberra has strongly rejected calls to move the refugees to Australia and instead has tried to resettle them in third countries, including the United States.

But until now only about 50 refugees have been sent to the U.S., under an agreement President Trump attacked after taking office as a "dumb deal."

The Refugee Action Coalition said a further 130 people on Nauru have been accepted by the U.S. and are expected to depart next month.

New Zealand Prime Minister Jacinda Ardern has offered to take 150 refugees from Manus or Nauru, but Australian Prime Minister Malcolm Turnbull has said he will only consider the offer once the U.S. agreement had been fulfilled.