Russia to deploy warplanes on disputed island near Japan 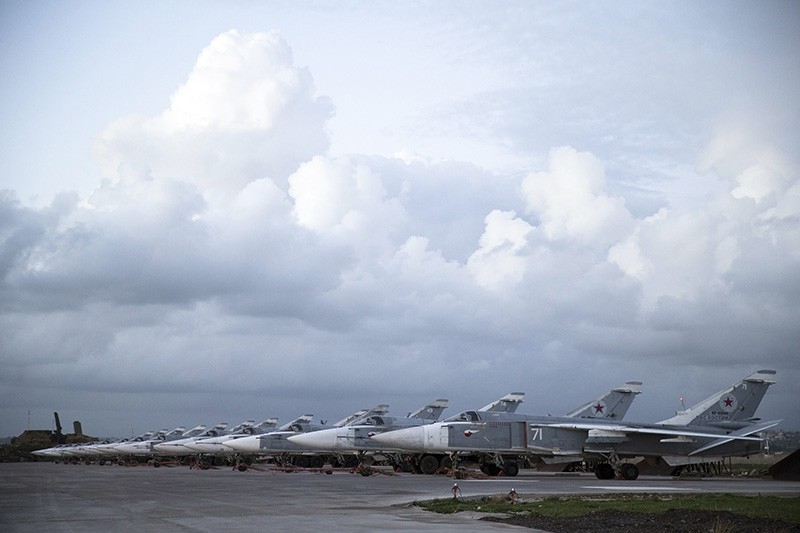 Prime Minister Dmitry Medvedev has approved the deployment of Russian warplanes on a disputed island near Japan, accelerating the area's militarization at a time when Moscow's ties with Tokyo are strained over the roll-out of a U.S. missile system.

In a decree published late on Thursday, Medvedev allowed the Russian Defense Ministry to use a civilian airport on the island of Iturup, as it is known by Russia, or Etorofu, as it is called in Japan, for its warplanes.

The island was one of four seized by Soviet forces at the end of World War Two and is located off the north-east coast of Hokkaido, Japan's biggest prefecture. The dispute over the islands, known as the Kuriles in Russia and the Northern Territories in Japan, is so acrimonious that Moscow and Tokyo have not yet signed a peace treaty to mark the end of the war.

Medvedev's decree is the latest step in a Russian military build-up that has seen Moscow deploy some of its newest missile defense systems to the islands and plan to build a naval base there even as it continues talks about the territorial dispute.

The decree was published days before deputy foreign ministers from the two countries are due to hold talks about co-operation on the disputed islands and at a time when Russia is concerned that Japan is allowing Washington to use its territory as a base for a U.S. military build-up in north Asia under the pretext of countering North Korea.

It is unclear whether Russia will permanently deploy warplanes to the island, which hosted a Soviet air base during the Cold War, or use its airport as and when needed.

The newspaper Kommersant cited an unnamed military source as saying the move would give the Russian military more options.

"This move should show the aerodrome's readiness for fighter planes that patrol our borders to be temporarily based there," the source was quoted as saying.

The same source was quoted as saying that Russia was particularly concerned about a Japanese plan to deploy more Aegis U.S. missile systems in its Akita and Yagamata prefectures.

The Japanese embassy in Moscow said the Russian move ran counter to what Tokyo was trying to achieve.

"We believe this could result in Russia's military power being strengthened on the four islands and that contradicts Japan's position on the islands," it said in a statement.

"We need a solution to the territorial problem itself in order to fundamentally address these kind of problems."

Tokyo would keep holding talks with Russia to try to resolve the wider territorial dispute, the embassy said.