7 killed, more than 260 injured in magnitude 6.4 quake in Taiwan 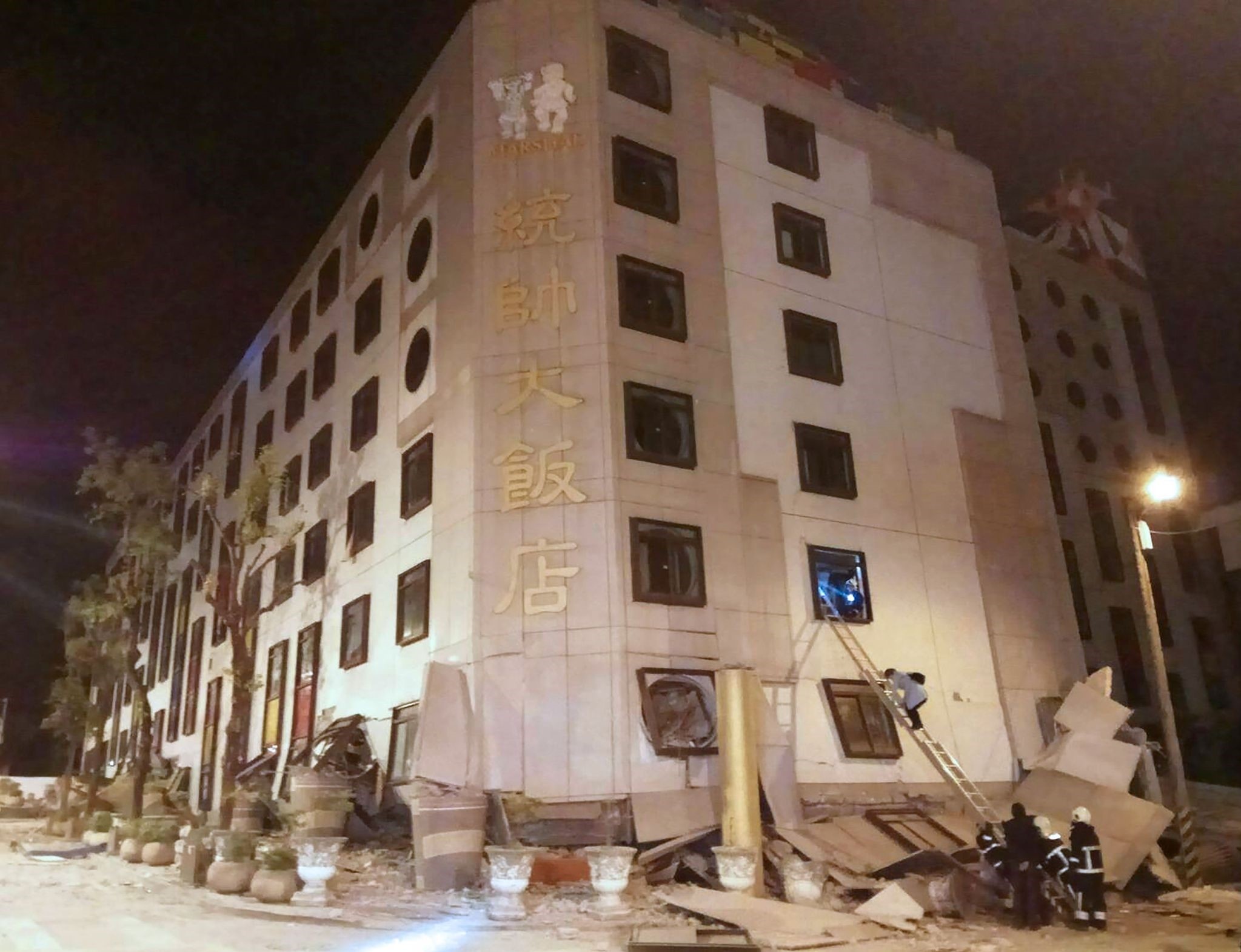 A 6.4-magnitude quake on the east coast of Taiwan has left seven dead and more than 260 injured, the government said, after buildings crumbled and trapped people inside.

A hotel and a residential block were the worst hit by the quake in the port city of Hualien, according to the national fire agency.

Five more buildings including a hospital had also been damaged, the agency added, with television footage showing roads strewn with rubble, cracks along highways and damaged buildings tilted at angles. 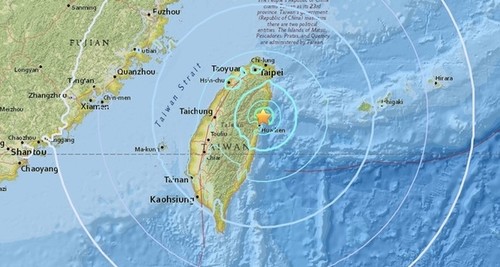 The worst-hit Marshal Hotel partly crumpled into the ground, leaving it slanting on its side, as rescuers on cranes attempted to free people from its upper floors.

"It's the biggest quake I've experienced in Hualien in more than 10 years," resident Blue Hsu told AFP, who said his home shook violently.

Describing the scene at the Marshal Hotel, Hsu said the bottom storeys had been crushed.

"The lower floors sunk into the ground and I saw panicked tourists being rescued from the hotel. There is one bulldozer and about 50 rescuers on the scene," he said. 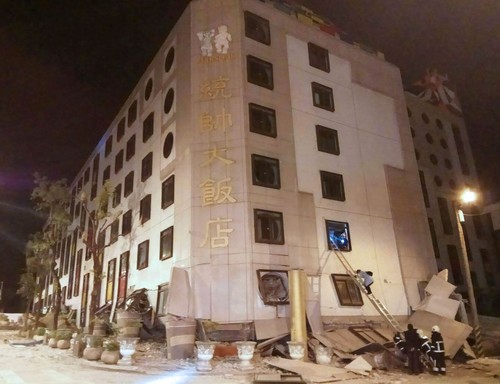 Hualien is one of Taiwan's most popular tourist hubs as it lies on the picturesque east coast rail line and is near to popular Taroko Gorge.

Facebook user Sun Chen-hsiang, who was livestreaming the scene at the hotel from a distance, told how the building next to his home had collapsed.

"All the people watching this livestream, please get yourself to a safe place and don't stay home," he said.

Photos on Apple Daily showed a man calling for help from the window of an apartment block and a ceiling collapse at a local hospital.

Officials from Hualien fire department said 149 people had been rescued from damaged buildings.

Authorities said some people remained trapped but were unable to give an overall figure.

Rescuers from around the island were preparing to help, Taiwan's president Tsai Ing-wen said on her Facebook page, promising rapid disaster relief.

There had been at least 15 aftershocks following the quake, Taiwan's weather bureau said. 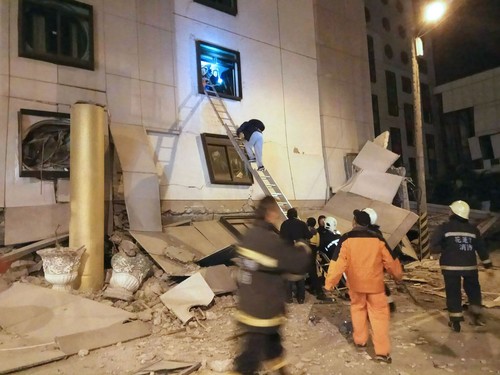 The quake hit at 23:50 pm (1550 GMT) around 21 kilometers (13 miles) northeast of Hualien, according to the United States Geological Survey.

It follows almost 100 smaller tremors to have hit the area in the last three days and comes exactly two years since a quake of the same magnitude struck the southern Taiwanese city of Tainan, killing more than 100 people.

Most of the deaths from the February 2016 earthquake were from the 16-storey Wei-kuan apartment complex, which toppled on its side with many of its residents buried in the rubble.

It was the only high-rise in Tainan to crumble completely in the quake, which came two days before Lunar New Year, when many people would have been visiting relatives for the biggest celebration of the Chinese calendar.

The safety of the building was called into question immediately after the disaster, when metal cans and foam were found to have been used as fillers in the concrete and residents said there had been cracks in the structure.

Five people were found guilty and sentenced to five years imprisonment over the disaster, including the developer and two architects, with prosecutors saying they "cut corners" that affected the building's structural integrity.

Taiwan lies near the junction of two tectonic plates and is regularly hit by earthquakes.

The island's worst tremor in recent decades was a 7.6 magnitude quake in September 1999 that killed around 2,400 people.