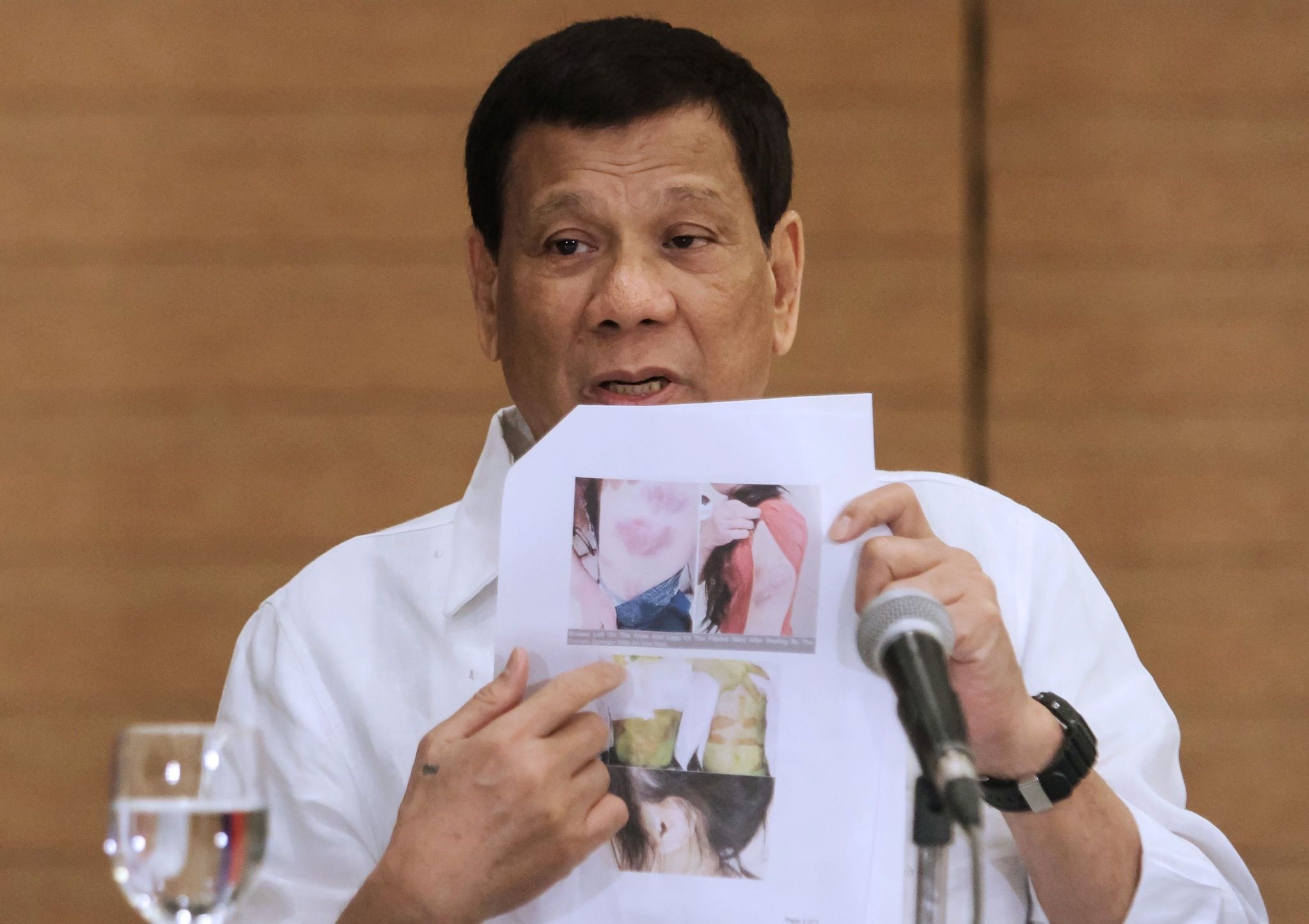 Philippine President Rodrigo Duterte shows a photo of a Filipina worker in Kuwait, of whom he said she had been ,roasted like a pig,, during a press conference in Davao City, in the southern island of Mindanao on February 9, 2018. (AFP Photo)
by Feb 09, 2018 12:00 am

Philippine President Rodrigo Duterte said Friday he wanted Filipino workers out of Kuwait in 72 hours after a Filipino domestic helper was found dead, stuffed in a freezer in an abandoned apartment in the Gulf state.

Duterte said he has directed the Department of Labour to coordinate with Philippine carriers to provide free flights back to Manila for Filipino workers in Kuwait who would want to return home.

"I want them out of (Kuwait), those who want to go out, in 72 hours," he told a press conference. "We will count our lives by the hours because apparently, every hour, there is suffering and agony, brutality committed against Filipinos."

The Philippines suspended the deployment of workers to Kuwait in January, citing a series of questionable deaths of Filipinos there in recent months.

Duterte said the deployment ban will stay until the government is sure that overseas workers are safe in Kuwait, where 103 Filipinos died in 2017, up from 82 the previous year.

"I am ready to take drastic steps that will help preserve Filipino life and limb," he said. "We do not intend to offend any government or anyone. But if a ban is what is needed, then let it be so."

"The ban continues today and I don't know up to what time," he added.

On Tuesday, the body of 29-year-old domestic helper Joanna Daniela Demafelis was found in a freezer in Kuwait, where about 250,000 Filipinos work and live. She had torture marks and appeared to have been strangled, Duterte said.