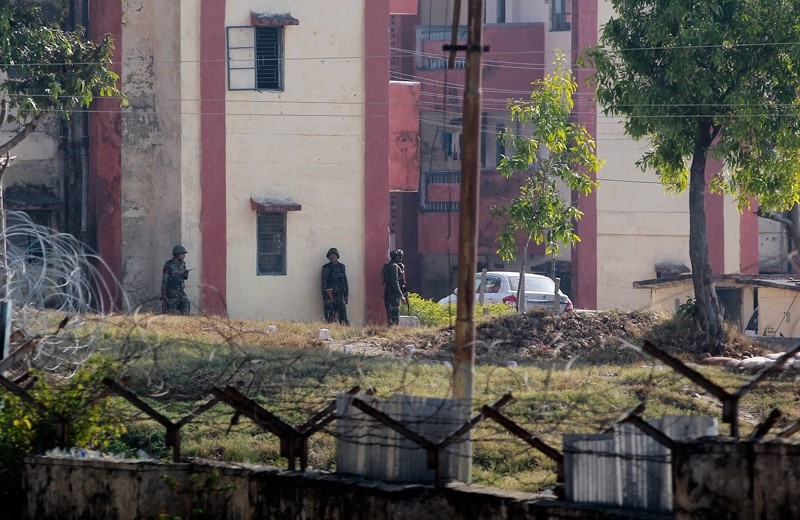 Militants on Saturday stormed into an army camp in the Jammu region of Indian-administered Kashmir, killing at least two soldiers and wounding six others, local media and police sources said.

A gun-battle continues as Indian Army brings in heavy reinforcements. The government has issued an alert in the entire region.

The militants entered the army officer's family quarters and an operation is underway, the reports said, adding that soldiers including an officer had been killed.

Sources in the police confirmed the death of two soldiers and said that at least six others have been wounded.

"The attackers later entered the camp and they have been cornered in one of the family quarters," Jammu's regional police chief S.D. Singh told AFP.

Police chief S.P. Vaid told AFP that one of the injured was the daughter of an army officer.

There was no immediate confirmation on the number of attackers or the group they belong to.

The attack comes a day after the occupied valley observed the fifth death anniversary of Afzal Guru, who was hanged by Indian authorities for an alleged attack on the parliament.

Indian officials are not yet officially commenting on the ongoing gunfight.

"I don't feel it is fit to comment on it since the operation is still underway. But be assured that our forces and personnel are doing their duty," Home Minister Rajnath Singh told reporters in New Delhi, according to local media.

Also in Siachen glacier in northern Kashmir, Indian and Pakistani troops have fought intermittently since 1984. A cease-fire came into effect in 2003.

Kashmiri resistance groups in Jammu Kashmir have been fighting against Indian rule for independence, or for unification with neighboring Pakistan.

More than 70,000 people have reportedly been killed in the conflict since 1989. India maintains more than half a million troops in the disputed region.