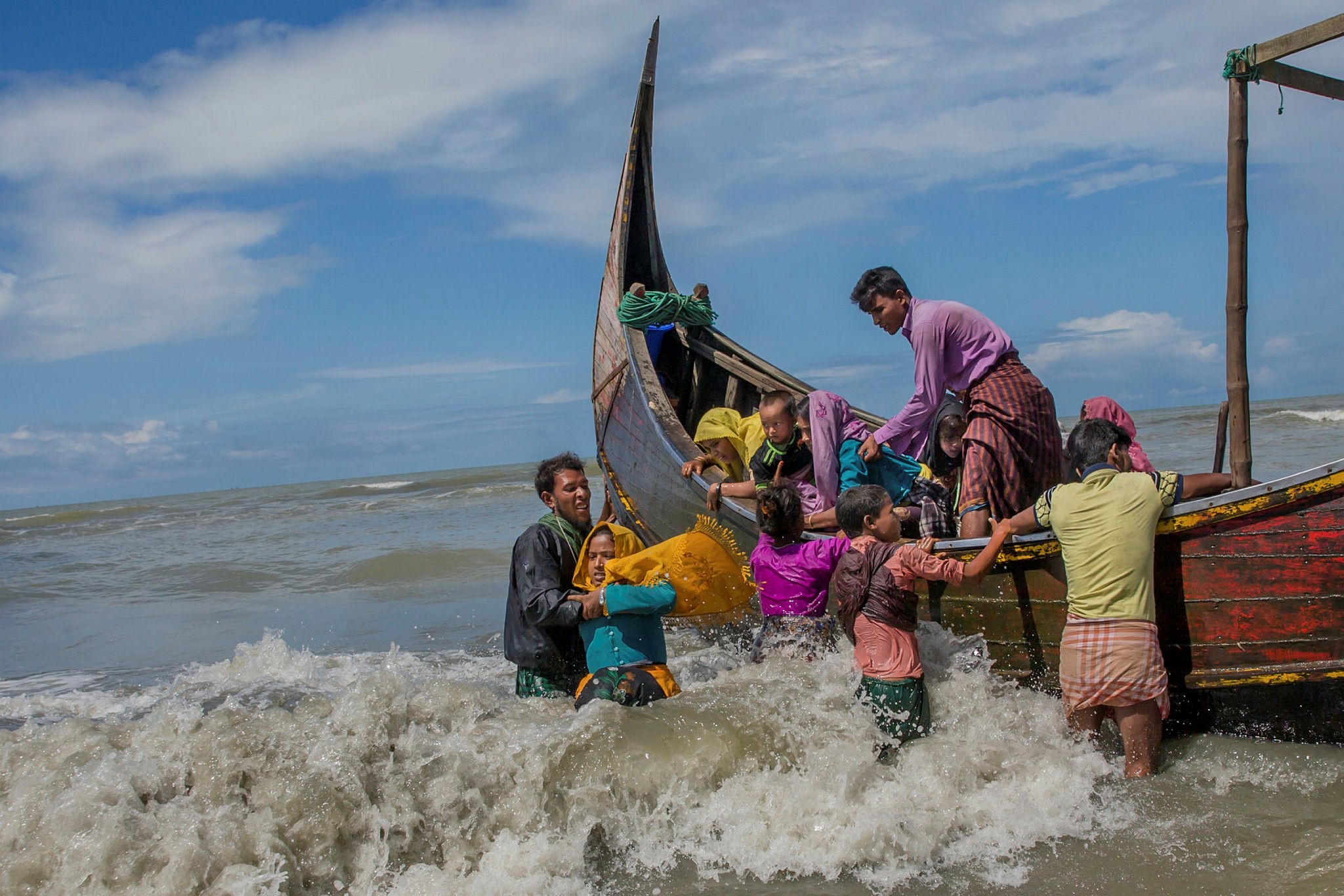 The Rohingya exodus to Bangladesh still continues despite an agreement with Myanmar as three Rohingya children drowned when their boat capsized after they fled Myanmar on Thursday, according to Bangladesh-based Dhaka Tribune daily. The boat carrying a total of 54 Rohingya Muslims attempting to reach Bangladesh from Myanmar sank in the Bay of Bengal on Thursday afternoon, according to witnesses and police. Local media outlets Dhaka Tribune and Prothom Alo stated the boat got caught in "strong currents" that caused the boat to sink. The ages of the deceased children ranged from 4 months old to 7 years old.

More than 750,000 Rohingya have been driven from the mainly Buddhist country to Bangladesh, fleeing soldiers accused of killings, rapes and burning down villages. Bangladesh and Myanmar agreed last month to repatriate the Rohingya over a period of two years, but the United Nations expressed concerns after the Office of the United Nations High Commissioner for Refugees (UNHCR) was kept out of the agreement. Many Rohingya living in the crowded, unsanitary camps have said they do not want to return to Rakhine after fleeing the atrocities, including murder, rape and arson attacks on their homes. Rights groups and the U.N. say any repatriation must be voluntary. They have also expressed concerns about conditions in Myanmar, where many Rohingya settlements have been burned to the ground by soldiers and Buddhist mobs.

The U.N. has documented mass gang rapes and killings, including infants and young children, as well as brutal beatings and disappearances orchestrated by security personnel. In a report, U.N. investigators said such violations may constitute crimes against humanity.

At least 9,000 Rohingya were killed in Rakhine state from Aug. 25 to Sept. 24, according to Doctors Without Borders. In a report published on Dec. 12, 2017, the global humanitarian organization said the deaths of 71.7 percent, or 6,700, Rohingya were caused by violence. They include 730 children below the age of 5.

The Rohingya, described by the U.N. as the world's most persecuted people, have faced heightened fears of attacks since dozens were killed in communal violence in 2012. The stateless Rohingya have been the target of communal violence and vicious anti-Muslim sentiment in mainly Buddhist Myanmar for years. Myanmar has denied citizenship to Rohingya since 1982 and excludes them from the 135 ethnic groups it officially recognizes, which effectively renders them stateless. They have long faced discrimination and persecution with many Buddhists in Myanmar calling them "Bengalis" and saying they migrated illegally from Bangladesh, even though they have lived in the country for generations.