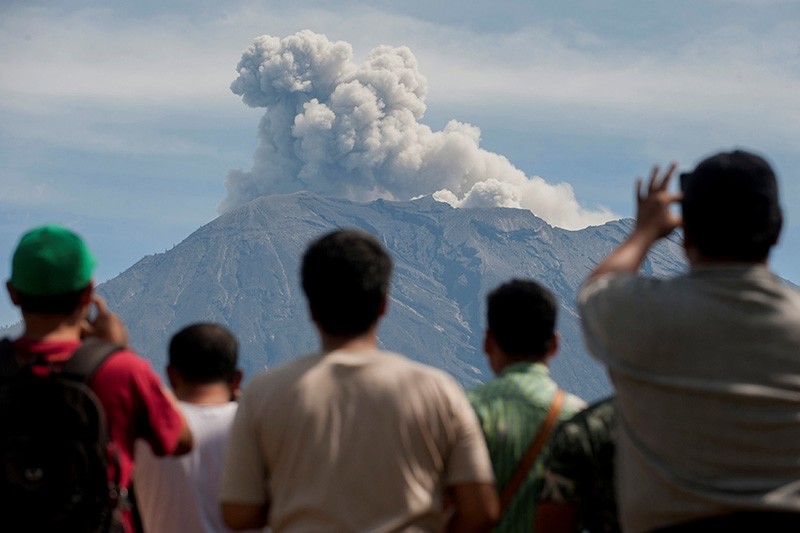 People watch as Mount Agung spews ash and smoke during an eruption from an obeservation post in Rendang, Karangasem, Bali, Indonesia December 9, 2017 in this photo taken by Antara Foto. (Reuters Photo)
by Feb 10, 2018 12:00 am

Indonesian authorities lowered the alert level for the Mount Agung volcano on the island of Bali on Saturday, allowing about 50,000 people who had fled their villages to return home.

The volcano's warning level was downgraded to the second-highest from the highest after a steady decrease in activity, said Sutopo Nugroho, a spokesman for the National Disaster Management Agency.

Authorities raised the warning alert on November 27 and ordered the evacuation of nearly 100,000 people from an exclusion zone of 10 kilometers following two days of eruptions.

"The exclusion zone is now 4 kilometers from the crater and no one lives in that area," the spokesman said. "All evacuees can now go home."

Indonesia sits on the so-called Pacific Ring of Fire, an area known for seismic upheavals and volcanic eruptions.