2,000 high-ranking Afghan officers to retire in next 2 years under new law 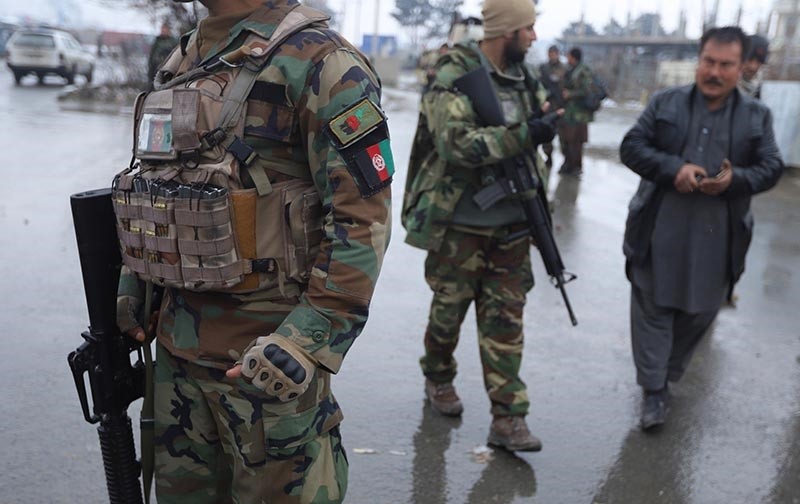 A major shakeup at the top level in the nascent Afghan army amid a resilient Taliban insurgency has caused shockwaves in the war-stricken country.

The Kabul government has labeled this move part of the broader strategy for reforms in the security sector, and phasing out the older generation of officers.

"We want reforms to win the war and peace. We don't want reforms just for the sake of reforms. This process will continue for our brighter future," the president said in a statement.

Under a draft law approved by the Afghan parliament in November last year, as many as 2,000 high-ranking military officers are scheduled to retire in two years.

Considering the surging assaults of the Taliban nationwide, particularly in the capital Kabul, many army veterans, politicians, and independent analysts are skeptical of the move.

Hashim Alakozay, who chairs parliament's defense and internal affairs committee, is among its prominent critics.

"This move is the direct result of pressure from Western countries" that are funding the army, he said.

"These generals are being retired illegally without the approval of both houses of parliament."

Alakozay hinted that the Wolesi Jirga (lower house) and Masharano Jirga (upper house) would challenge this move after the winter recess.

The modern Afghan army was formed in 2002, after the fall of the Taliban regime, and its current strength is around 200,000, according to the U.S. Defense Department, the main backer of the Afghan government.

Unclassified statistics indicate that through the end of last year, the U.S. designated $44.1 billion and disbursed $43.5 billion to build, train, equip and sustain the army.

Prior to its establishment, and before the Taliban-rule and the deadly civil war of the 1990s, the Afghan security sector was overwhelmingly influenced, trained, and equipped by the Soviets. Before that there was a significant Ottoman influence in the sector.

Military affairs analyst Mohammad Ashiqullah said the latest move is aimed at phasing out Soviet-era officers and promoting Western-educated young officers who are accustomed to the new arsenal provided by the U.S.

"This corresponds to the long-term strategy of the U.S. in Afghanistan and this region," he said.

Within days of taking charge as president in 2014, Ghani signed a bilateral security agreement with the U.S. in a bid to mend ties that had soured briefly when his predecessor Hamid Karzai refused to sign the pact, and even publicly criticized Washington.

"This won't create any vacuum, we have officers in the wings who have completed studies and training inside the country and abroad. Those respected officers who have been retired were in reserve force, and not active anyway."

He said plans are in place to make use of the retired generals for advisory services or as academics.

This, however, has not stopped the barrage of criticism directed at the government from various sides.

On one end, some former communist-era officials are grilling the government for sidelining the Soviet-trained officers, who came in handy in reviving the army after the fall of the Taliban, while on the other, far-right groups argue that the Ghani-led government is sidelining Mujahideen and religious figures from the army.

Atta Mohammad Noor, the ousted governor of the Balkh province who has challenged the president by not resigning his post, told a gathering in the province last week: "It is good that young people come and join the army, but they only use them to achieve their own goals."

Despite these reservations over the timing and other aspects of the move, there is a general consensus in the government on the move.

"This is part of reforms in the Defense Ministry and this will continue in future," Jawed Faisa, spokesman for Ghani's power-sharing Chief Executive Officer Abdullah Abdullah, told local Tolo News.

Last year, the president upgraded the army's Special Forces Unit and Special Operations Division to the military corps, and vowed to increase its strength from the current 13,000 to 30,000.

Ghani has also approved a new security plan for the capital Kabul after back-to-back terrorist assaults in the capital last month that claimed more than 200 lives, also calling a suicide bombing outside the Interior Ministry "Afghanistan's 9/11."