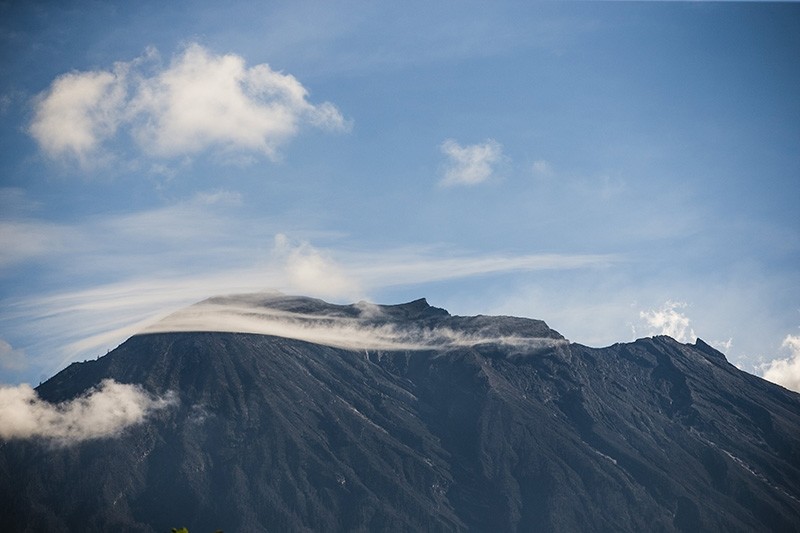 A volcano on the Indonesian resort island of Bali erupted on Tuesday, days after authorities lowered its alert level one notch, an official said.

There were no casualties, he said.

On Saturday, authorities lowered the volcano's warning level one notch from the highest level after a steady decrease in activity.

The exclusion zone was reduced from 6 kilometers to 4 kilometers, allowing thousands of people who had stayed in temporary shelters to return home.

But about 15,000 evacuees remained in the shelters, too afraid to return to their homes near the volcano, Sutopo said.

Authorities raised the warning alert to the highest level on Nov. 22 and ordered the evacuation of people living nearby following two days of eruptions.

Indonesia sits on the so-called Pacific Ring of Fire, an area known for seismic upheavals and volcanic eruptions.