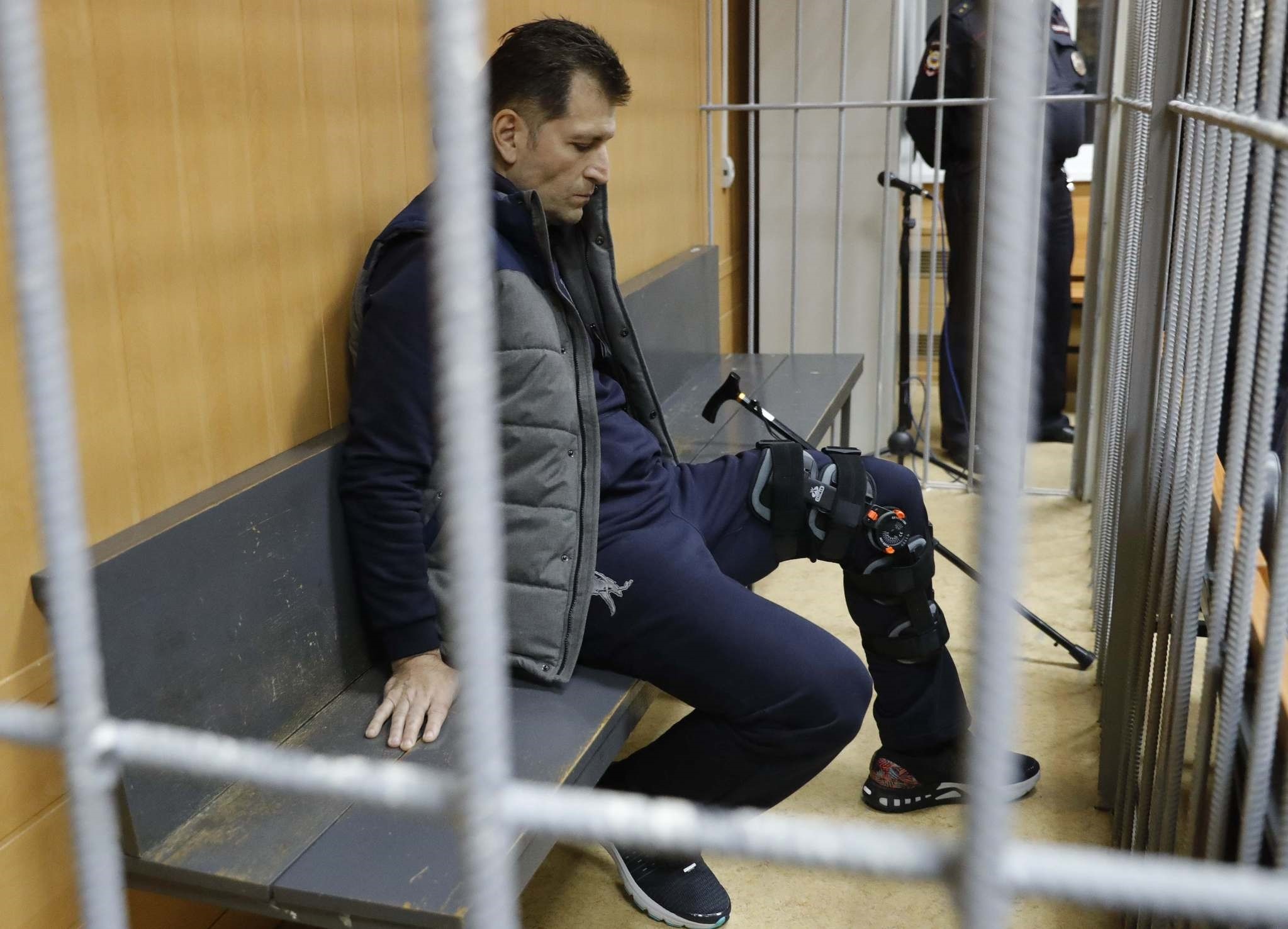 Magomed Magomedov, a business partner and brother of co-owner of Russia's Summa group Ziyavudin Magomedov, attends a hearing on his detention at the Tverskoy District Court in Moscow, Russia (Reuters Photo)
by reuters Apr 01, 2018 12:00 am

Russian authorities on Saturday arrested billionaire Ziyavudin Magomedov on charges of embezzling more than $35 million, in one of the highest-profile prosecutions of a Russian tycoon in years.

Magomedov denied the charges at a pre-trial hearing, where a judge ordered that he be held in custody until May 30.

One of Russia's richest men, the 49-year-old Magomedov holds assets in construction and logistics through his sprawling Summa Group. He also has investments in U.S. tech ventures, including the Virgin One Hyperloop project.

He was detained along with his business partner and brother, Magomed Magomedov and Artur Maksidov, the head of a company in the Summa Group that was involved in the construction of a soccer World Cup venue in the Russian exclave of Kaliningrad.

Both businessmen will also be held in custody until May 30, the court ruled.

At a hearing in Moscow's Tverskoy District Court to decide whether Magomedov and his associates should be detained before their trial, Judge Maria Sizintseva said they had acted as part of an organized crime group and had tried to put pressure on witnesses. She rejected an offer from Magomedov to put up a $35 million bail bond, and ordered he be detained.

Citing the arguments against granting bail, the judge said Magomedov had access to his own aircraft, and assets abroad. The day before he was detained, he had booked a flight from Moscow to Miami, the judge said.

Summa said it planned to appeal the court decision and was ready to cooperate with the investigation.

Invited to speak from a cage in the courtroom, Magomedov, dressed in a dark-blue jogging suit, said: "I categorically disagree with the charges presented ... The prosecution case does not stand up to scrutiny."

He said he needed treatment in the United States for a medical problem, and offered to put up the $35 million bail. "I'm willing to pull together this money, so no one has any thoughts that I might go on the run," Magomedov said.

Magomedov is part of a group of Russian multimillionaires who, while publicly loyal to the Kremlin, are not in President Vladimir Putin's inner circle.

Some members of the group say they are being squeezed by a tough economy, Western sanctions on Russia, and powerful state-run companies that are muscling in on nearly all sectors of the economy.

In past cases when magnates have been prosecuted, some in the Russia business community have said the tycoons were victims of a plot by the Kremlin or by politically connected business rivals - though the authorities deny that.

People familiar with the Russian judicial system say high-profile corruption cases are rarely fabricated, but that the law is applied selectively, and that prosecutions can be influenced by outside factors.

Ziyavudin Magomedov ranked 63rd last year on the Forbes list of the richest business people in Russia with $1.4 billion. In January, he was listed by the U.S. Treasury Department as one of 96 "oligarchs" close to Putin.

Magomedov is also co-executive chairman of Los Angeles-based tech firm Virgin Hyperloop One, which is chaired by Richard Branson. It is one of several firms developing a futuristic transport system that involves propelling people at high speed through sealed tubes.