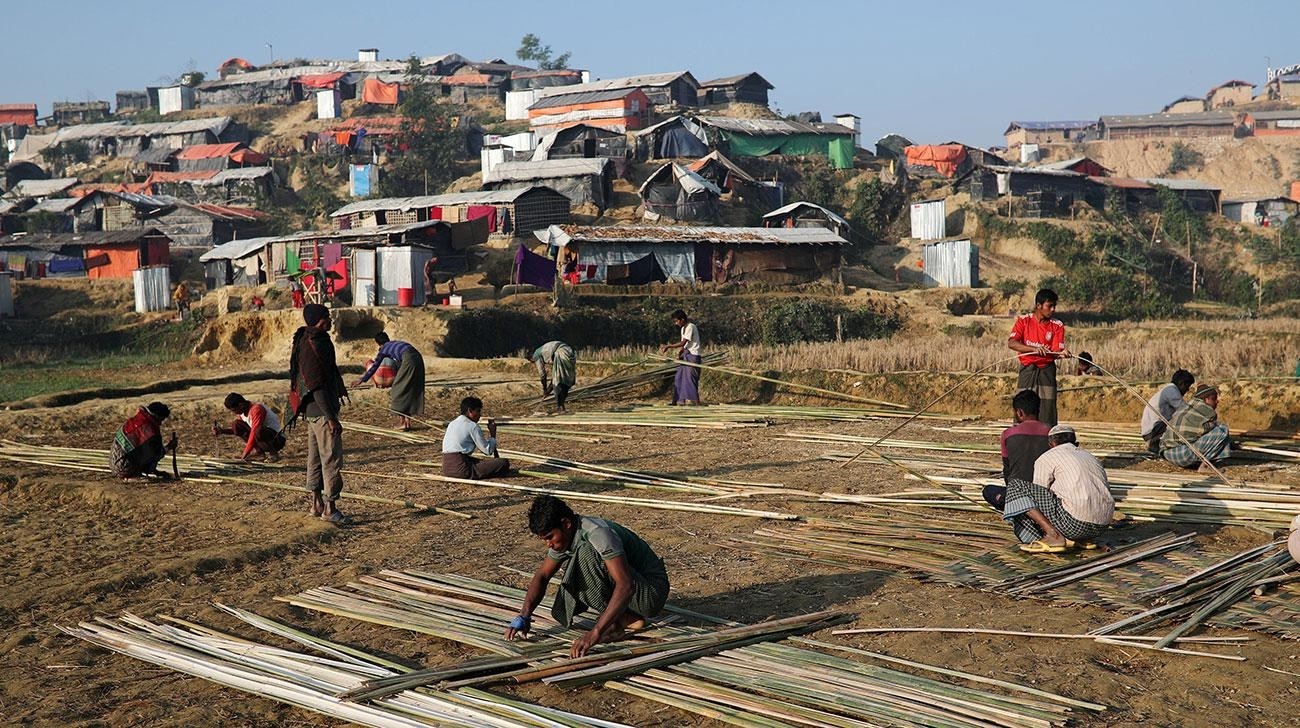 Myanmar is resettling mainly Buddist Bangladeshi tribal families on land abandoned by Rohingya refugees after an estimated 700,000 fled for their lives over the border to Bangladesh from the army crackdown

About 50 families from remote hill and forest areas on the Bangladesh side, attracted by offers of free land and food, have moved to Rakhine state in mainly Buddhist Myanmar - the scene of a brutal army crackdown which prompted hundreds of thousands of Rohingya to flee. The families from the ethnic Marma and Mro tribes have left their homes in the Bandarban hill district, local councillor Muing Swi Thwee told AFP. He said 22 families departed from their villages in the Sangu forest reserve last month.

The families, mainly Buddhist but with some Christians, were being "lured by Myanmar" to Rakhine where they were given free land, citizenship and free food for five years, Muing Swi Thwee said. "They are going there to fill up the land vacated by the Rohingya who have left Burma [Myanmar]. They are extremely poor."

Meanwhile, Bangladesh has begun relocating 100,000 Rohingya refugees to safer ground before the monsoon season for fear of deadly landslides and floods in the congested camps, an official said Sunday.

The U.N. says about 150,000 refugees in Bangladesh's southeast – where nearly one million Rohingya in total live in shanties on hillsides – are extremely vulnerable to disease and disaster this rainy season.

Humanitarian groups have been racing to reinforce the basic shelters erected hastily by the Rohingya as they fled across the border after a fierce army crackdown on the community in western Myanmar.

Bangladesh's refugee commissioner Mohammad Abul Kalam said 100,000 refugees living in "priority" areas most at risk from floods and landslides would be relocated before June.

"We have already shifted some 10,000 refugees from different locations to safer settlements," he told Agence France-Press (AFP).

Bangladesh had allocated roughly 3,500 acres (14 square-kilometers) of forested land in Cox's Bazar to the newly-arrived Rohingya to build simple shelters. But the forest is being felled at a rate of four football fields a day, Kalam said. The refugees, who use the firewood for cooking, have already cleared 5,000 acres of forest, Cox's Bazar deputy district administrator Mahidur Rahman said.

An estimated 700,000 Rohingya have fled over the border to Bangladesh since an army crackdown was launched in Rakhine in August. Myanmar blames Rohingya militants for an Aug. 25 strike on security posts in Rakhine state that triggered a fierce army crackdown.

At least 9,000 Rohingya were killed in Rakhine state from Aug. 25 to Sept. 24, according to Doctors without Borders. In a report last December, the global humanitarian group said the deaths of 71.7 percent, or 6,700 Rohingya, were caused by violence. The death toll includes 730 children below the age of 5.