South Korean ex-president Park gets 24 years in jail for abuse of power, bribery 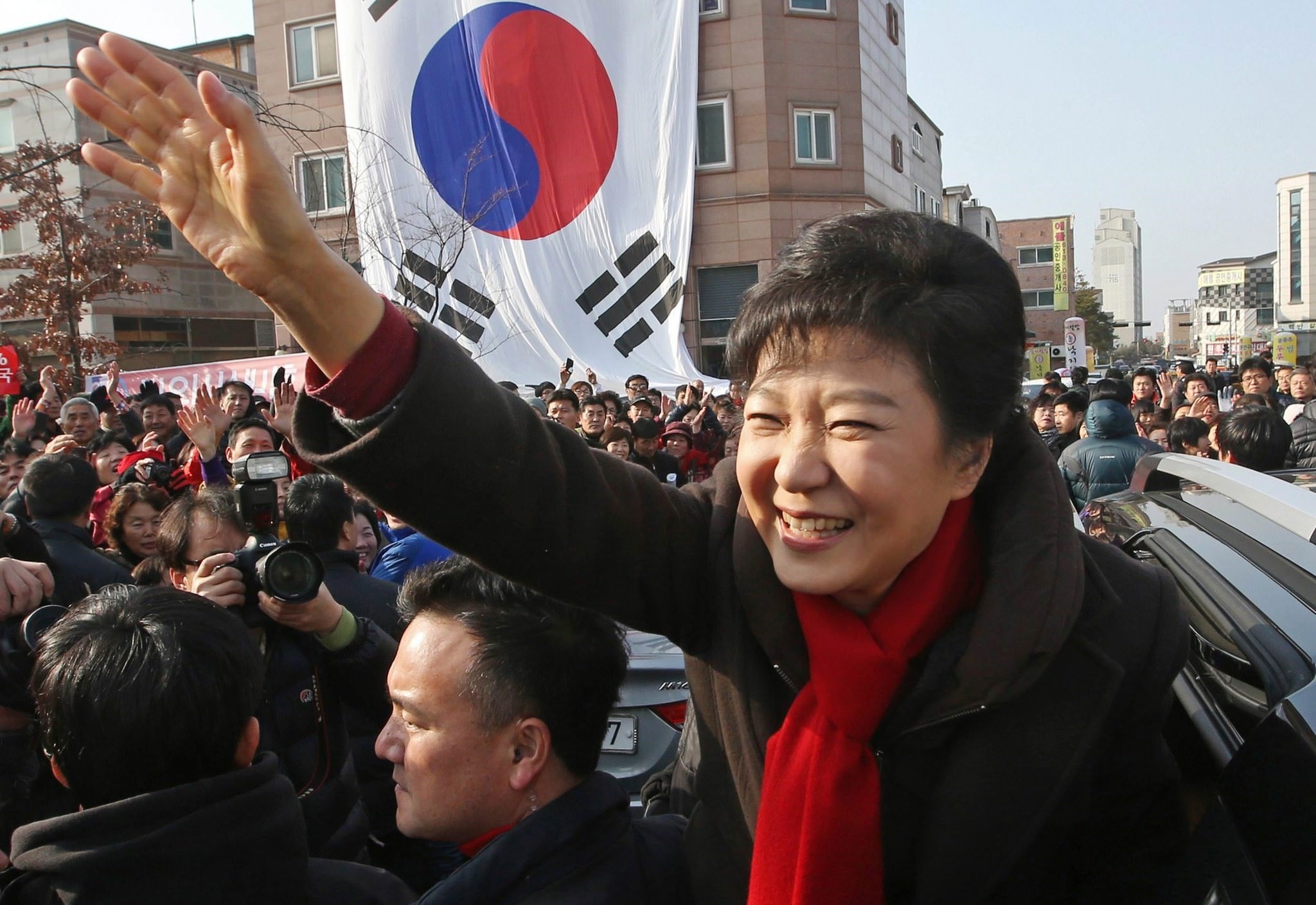 Former South Korean President Park Geun-hye was formally convicted and sentenced to 24 years in prison on Friday, a year after she was driven from office and arrested over a corruption scandal that saw months of massive street rallies calling for her ouster.

The conviction, which she can appeal, is the latest hit in a dramatic fall for South Korea's first female president. Once seen as the darling of South Korean conservatives, she was dubbed "Queen of Elections" by local media for her track record of leading her party to victory in tight races and still has a small group of fierce supporters who regularly stage rallies calling for her release.

Park maintains she's a victim of "political revenge" and has been refusing to attend court sessions since October. She didn't attend Friday's verdict, citing a sickness that wasn't specified publicly.

In a nationally televised verdict, the Seoul Central District Court convicted Park of bribery, extortion, abuse of power and other charges. "It's inevitable that the defendant should be held strictly responsible for her crimes, if only to prevent the unfortunate event of (a president) abusing the power given by the people and causing chaos in state affairs," chief judge Kim Se-yun said.

Both Park and the prosecutors have one week to appeal. Park has previously maintained her innocence; prosecutors in February demanded a 30-year prison term.

The Seoul court convicted Park of colluding with longtime confidante Choi Soon-sil to pressure 18 business groups to donate a total of 77.4 billion won ($72.3 million) for the launch of two foundations controlled by Choi. The two women were also convicted of taking bribes from some of those companies, including more than 7 billion won ($6.5 million) alone from Samsung in return for government support for a smooth company leadership transition.

The court said Park colluded with senior government officials to blacklist artists critical of Park's government to deny them state assistance programs. Park was also convicted of passing on presidential documents with sensitive information to Choi via one of her presidential aides.

The scandal has already led to the arrests, indictments and convictions of dozens of high-profile government officials and business leaders. Choi is serving a 20-year prison term; Samsung scion Lee Jae-yong was initially sentenced to five years in prison before his sentence was suspended on appeal; and Lotte chairman Shin Dong-bin was given 2½ years in prison.

Hundreds of Park's supporters gathered near the southern Seoul court hours before the ruling, swinging South Korean and U.S. flags under signs and banners that read, among other things, "Immediately release innocent President Park Geun-hye" and "Stop murderous political revenge."

Park's conservative supporters — most of them middle aged and elderly — have been passionately rallying near the court and other parts of the city over the past year, although their gatherings have been much smaller than the earlier ones calling for Park's ouster. The protests show how deeply South Koreans are split along ideological and generational lines, the result of decades-long tension with rival North Korea and the lingering fallout from the conservative military dictatorships that ran the country until the late 1980s.

Park is the daughter of a deeply divisive dictator, Park Chung-hee, who is revered by supporters as a hero who spearheaded South Korea's rapid economic rise in the 1960-70s. But he's also remembered for imprisoning and torturing dissidents.

During her father's 18-year rule, Park Geun-hye served as first lady after her mother was killed in an assassination attempt targeting her father in 1974. She left the presidential mansion in 1979 after her father was gunned down by his own intelligence chief during a late-night drinking party.

After years of seclusion, Park Geun-hye returned to politics by winning a parliamentary seat in the late 1990s, during a burst of nostalgia for her father after South Korea's economy was devastated by a foreign exchange crisis. In 2012, she won the presidential election by defeating her liberal rival and current President Moon Jae-in, riding a wave of support by conservatives who wanted to see her repeat her father's charismatic economic revival.

Park's friendships with Choi, 61, began in the mid-1970s when Choi's late father served as Park's mentor after her mother's assassination. Park once described Choi as someone who helped her when she had difficulties. But her relations with the Choi family have long haunted her political career. Media reports say that Choi's father was a cult leader and allegedly used his ties with Park to take bribes from government officials and businessmen.

Park has previously insisted that she only got help from Choi on public relations and to edit some presidential speeches.

Park's four years in office were marred by rising animosity with rival North Korea over its advancing nuclear program, a 2014 ferry disaster that killed more than 300 people, mostly teenagers on a school trip and criticism that she curbed free speech and didn't manage things transparently.

The final scandal touched off months of Saturday rallies, during which millions gathered at a Seoul plaza and elsewhere around the country calling for her ouster. Park was impeached by lawmakers in December 2016 and removed from office by a Constitutional Court ruling in March 2017. In a subsequent presidential by-election triggered by Park's early exit, Moon won an easy victory against wounded conservatives.

Park's saga is only the latest addition to a long line of tarnished South Korean presidential legacies.

Her conservative predecessor, Lee Myung-bak, who governed from 2008-2013, was arrested and jailed last month over a separate corruption scandal. Lee's liberal successor Roh Moo-hyum jumped to his death in 2009 amid a corruption investigation of his family.

Park Chung-hee's successors, Chun Doo-hwan and Roh Tae-woo, both ex-army generals, spent time in jail for bribery, treason, munity and other charges after leaving office. Kim Young-sam and Kim Dae-jung, both former opposition leaders who fought against the dictatorships of Park Chung-hee and Chun, left office in disgrace after their sons and close associates were arrested or embroiled in scandals.