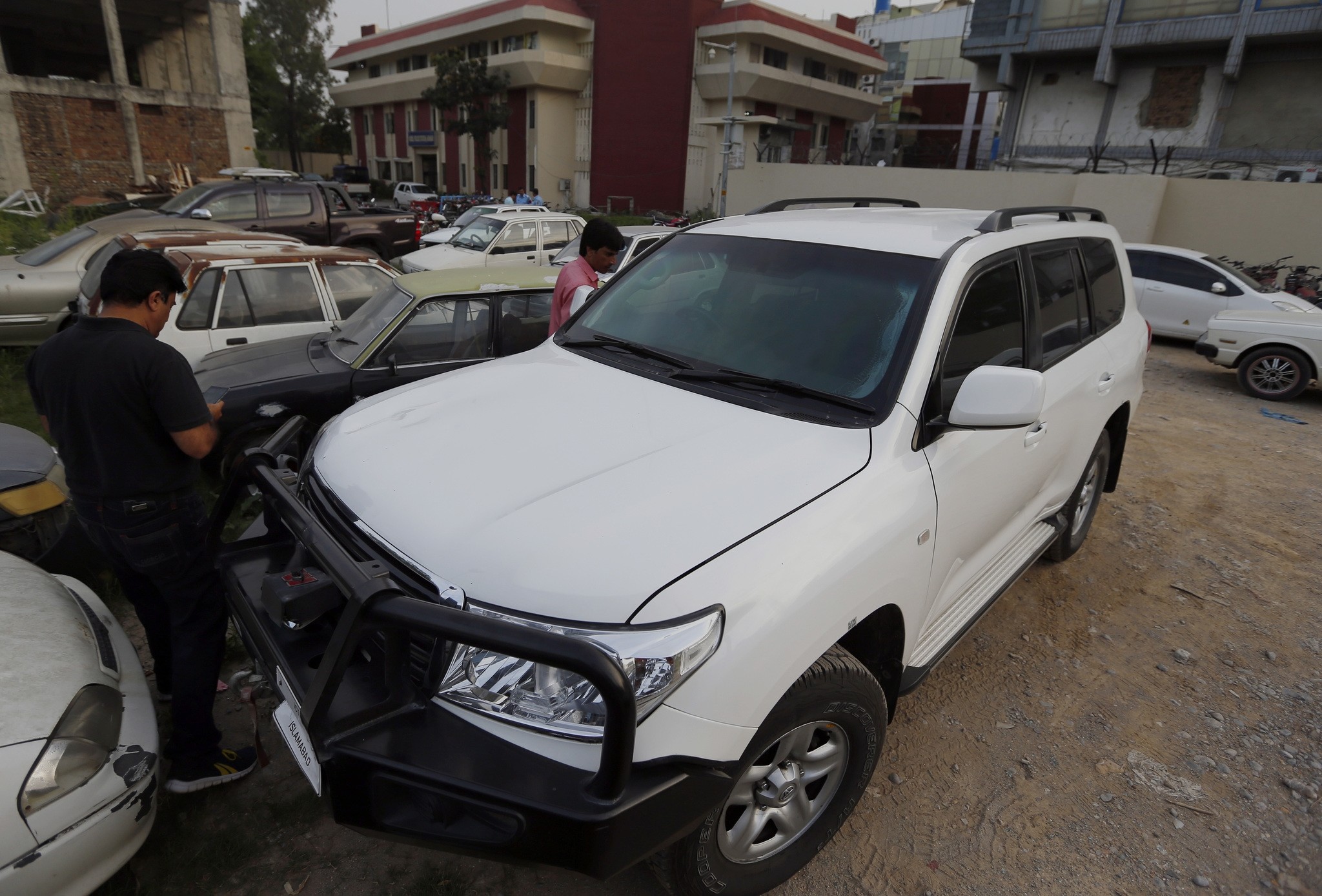 Pakistani journalists examine a car of American diplomate parked inside a police station after an accident in Islamabad, Pakistan, Saturday, April 7, 2018. (AP Photo)
by Associated Press Apr 07, 2018 12:00 am

Pakistani police said on Saturday a car carrying an American diplomat has accidentally hit a Pakistani motorcyclist in the capital, Islamabad, killing him on the spot.

Local police official Shafi Ullah said the U.S. diplomat was not arrested as he enjoyed immunity under international law.

The U.S. embassy confirmed Saturday's road accident and said it was cooperating with authorities in the investigation.

It was not immediately clear whether the diplomat was himself driving the car at the time.

Hundreds of motorists are killed every year in Pakistan mainly because of disregard for traffic rules.