North Korea prepared to discuss denuclearization of peninsula: US official 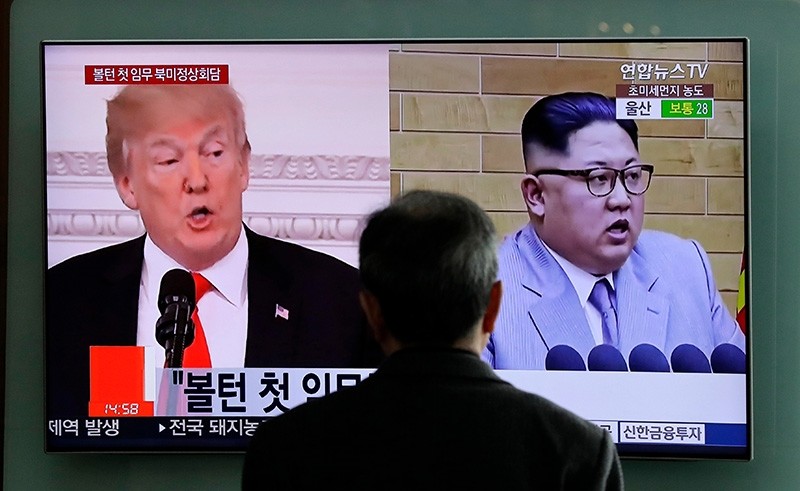 North Korea has told the United States for the first time that it is prepared to discuss the denuclearization of the Korean Peninsula when North Korean leader Kim Jong Un meets President Donald Trump, a U.S. official said Sunday.

U.S. and North Korean officials have held secret contacts recently in which Pyongyang directly delivered the message of its willingness to hold the summit, the official told Reuters, speaking on condition of anonymity. Until now, Washington had relied on South Korea's assurance of Kim's intentions.

South Korean envoys visited Washington last month to convey Kim's invitation to meet. Trump, who has exchanged bellicose threats with Kim in the past year, surprised the world by quickly agreeing to meet Kim to discuss the crisis over Pyongyang's development of nuclear weapons capable of hitting the United States.

But Pyongyang has not broken its public silence on the summit, which U.S. officials say is being planned for May. There was no immediate word on the possible venue for the talks, which would be the first ever between a sitting U.S. president and North Korean leader.

The U.S. official declined to say exactly when and how the U.S.-North Korea communications had taken place but said the two sides had held multiple direct contacts.

"The U.S. has confirmed that Kim Jong Un is willing to discuss the denuclearization of the Korean Peninsula‎," said a second U.S. official.

Questions remain about how North Korea would define denuclearization, which Washington sees as Pyongyang abandoning its nuclear weapons program.

Some analysts have said Trump's willingness to meet Kim handed North Korea a diplomatic win, as the United States had insisted for years that any such summit be preceded by North Korean steps to denuclearize.

The Koreas earlier this week held separate working-level discussions on the protocol, security and media coverage issues of the inter-Korean summit. The countries will hold at least one more meeting on these issues to discuss the summit's agenda.

The closed-door talks between working-level officials at a border village were part of preparatory discussions to set up the April 27 summit between North Korean leader Kim Jong Un and South Korean President Moon Jae-in. The meeting, only the third summit between the Koreas since the end of the 1950-53 Korean War, could prove to be significant in the global diplomatic push to resolve the standoff over North Korea's nuclear program.

Kim last month made a surprise visit to Beijing and met with Chinese leader Xi Jinping, a move widely seen as strengthening the North's position ahead of his talks with Moon and Trump. China, North Korea's only major ally and main economic lifeline, has been calling for a "dual suspension" of North Korean nuclear and missile activities in return for the United States and South Korea suspending their large-scale military exercises.