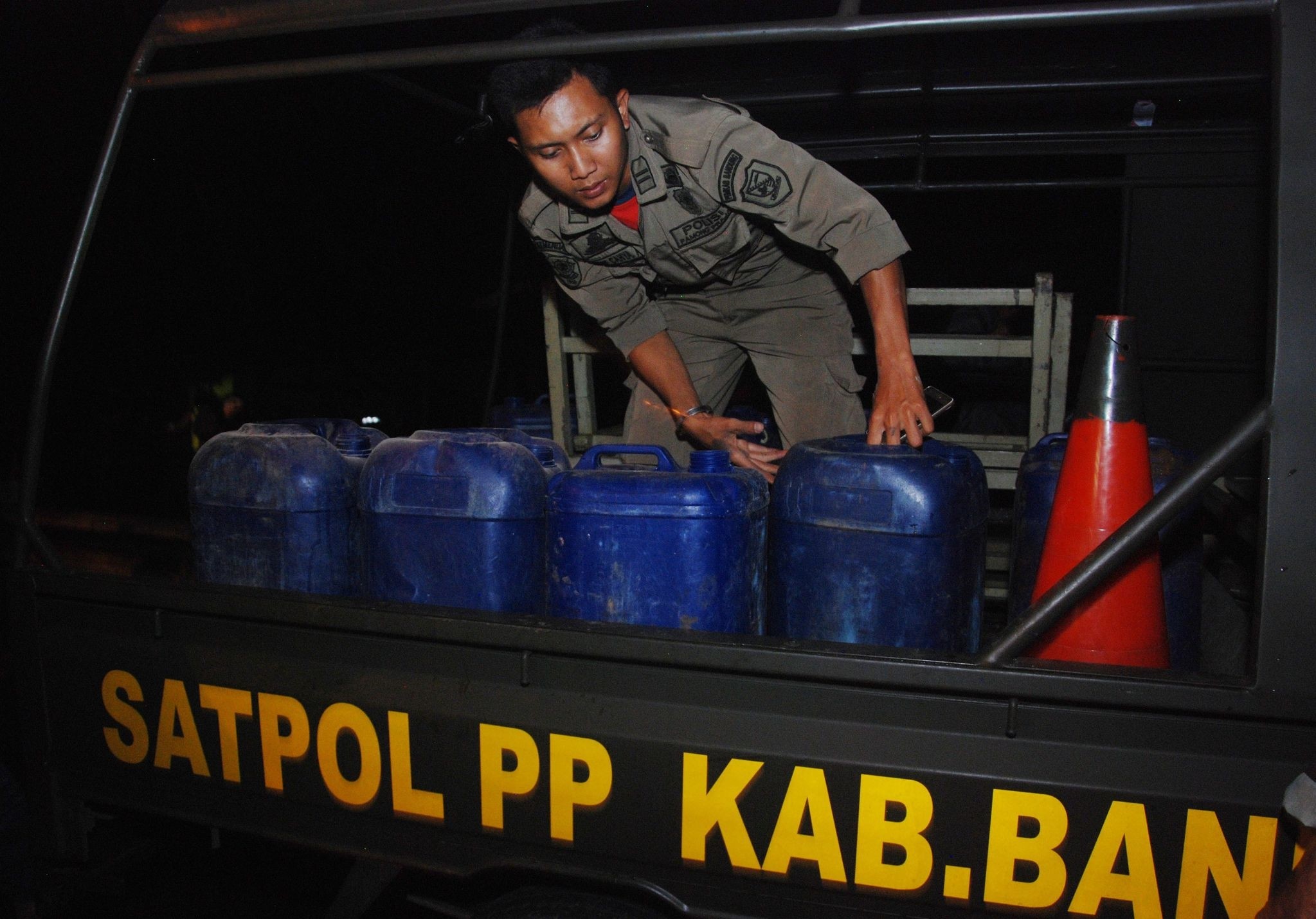 Indonesian police prepare to transport the containers filled with illegal alcohol from a house in Cicalengka district in West Java province on April 8, 2018. (AFP Photo)
by Associated Press Apr 09, 2018 12:00 am

More than 50 people have died in little more than a week after drinking bootleg liquor in western Indonesia, including in the capital, Jakarta, officials said Monday.

In the latest incident, 20 people died between Thursday and Monday in Cicalengka subdistrict near the West Java capital of Bandung.

Head of the state-run hospital in Cicalengka, Yani Sumpena, said that 19 people died at the hospital and one was dead on arrival.

In total, some 40 people were admitted with symptoms such as nausea, vomiting, shortness of breath and unconsciousness, and several are still being treated, Sumpena said.

In Bandung itself, police chief Hendro Pandowo said three people died on Sunday after being admitted to hospitals the day before suffering the symptoms of alcohol poisoning.

High taxes on alcohol have spawned a black market for booze among the poor in Indonesia, the world's most populous Muslim nation, where drinking alcohol is frowned upon but not illegal under civil law. Potentially lethal methanol can be a byproduct of bootleg distilling and the tainted alcohol is also sometimes mixed with soft drinks. In February 2016, about 30 people died in the central Java city of Yogyakarta after drinking bootleg alcohol.

The deaths since the beginning of April total 54. There were six deaths from drinking compromised liquor in the easternmost region of Papua in late March.

Jakarta police spokesman Argo Yuwono said Monday that another 31 people have died in Jakarta and its satellite cities of Depok and Bekasi from alcohol poisoning in separate incidents since the beginning of the month.

Police have arrested at least four suspects in the Jakarta area who are accused of selling tainted liquor.