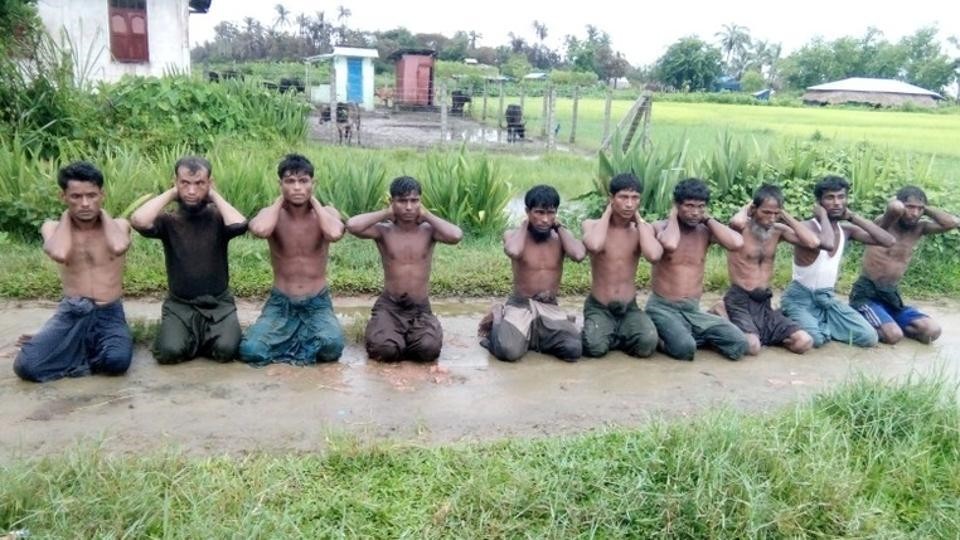 Myanmar's military on Tuesday sentenced seven personnel to 10 years in prison and hard labor as alleged accomplices in the killing of 10 Rohingya Muslims in troubled Rakhine state, where the country's security forces carried out a brutal crackdown against the minority group, officials said.

The military personnel also were permanently expelled from the army, according to a statement released by the army chief on an official Facebook page.

The army in January made a rare admission that its soldiers had killed 10 Rohingya villagers who were captured and accused of being "terrorists" during insurgent attacks last year in Inn Din village in northern Rakhine. The military said its soldiers confessed to carrying out the slayings.

The army's statement Tuesday said an investigative group under the military had interrogated 21 military personnel, three police officers, 13 security forces, six civil servants and six Inn Din villagers. It said the investigation proved that the soldiers violated the law by killing the villagers.

Myanmar's security forces launched brutal counterattacks against Rohingya Muslims after a Rohingya insurgent group attacked police outposts on Aug. 25. The military called it a "clearance operation" against the terrorists, but Turkey, the U.S. and the United Nations branded it an "ethnic cleansing" after the army's operation drove nearly 700,000 Rohingya into neighboring Bangladesh.

The military said in a statement on Dec. 18 that a mass grave containing 10 bodies of "Bengali terrorists" had been found on the outskirts of Inn Din village in northern Rakhine's Maungdaw region. Local authorities and the military have carried out an investigation since.

The government usually refers to Rohingya Muslims as "Bengalis," a term that denies they belong to Buddhist-majority Myanmar and implying they are illegal migrants from Bangladesh.

The U.N. has documented mass gang rapes, killings -- including of infants and young children -- brutal beatings and disappearances committed by security personnel. In a report, U.N. investigators said such violations may have constituted crimes against humanity.