Outrage mounts in India after reports of another rape scandal 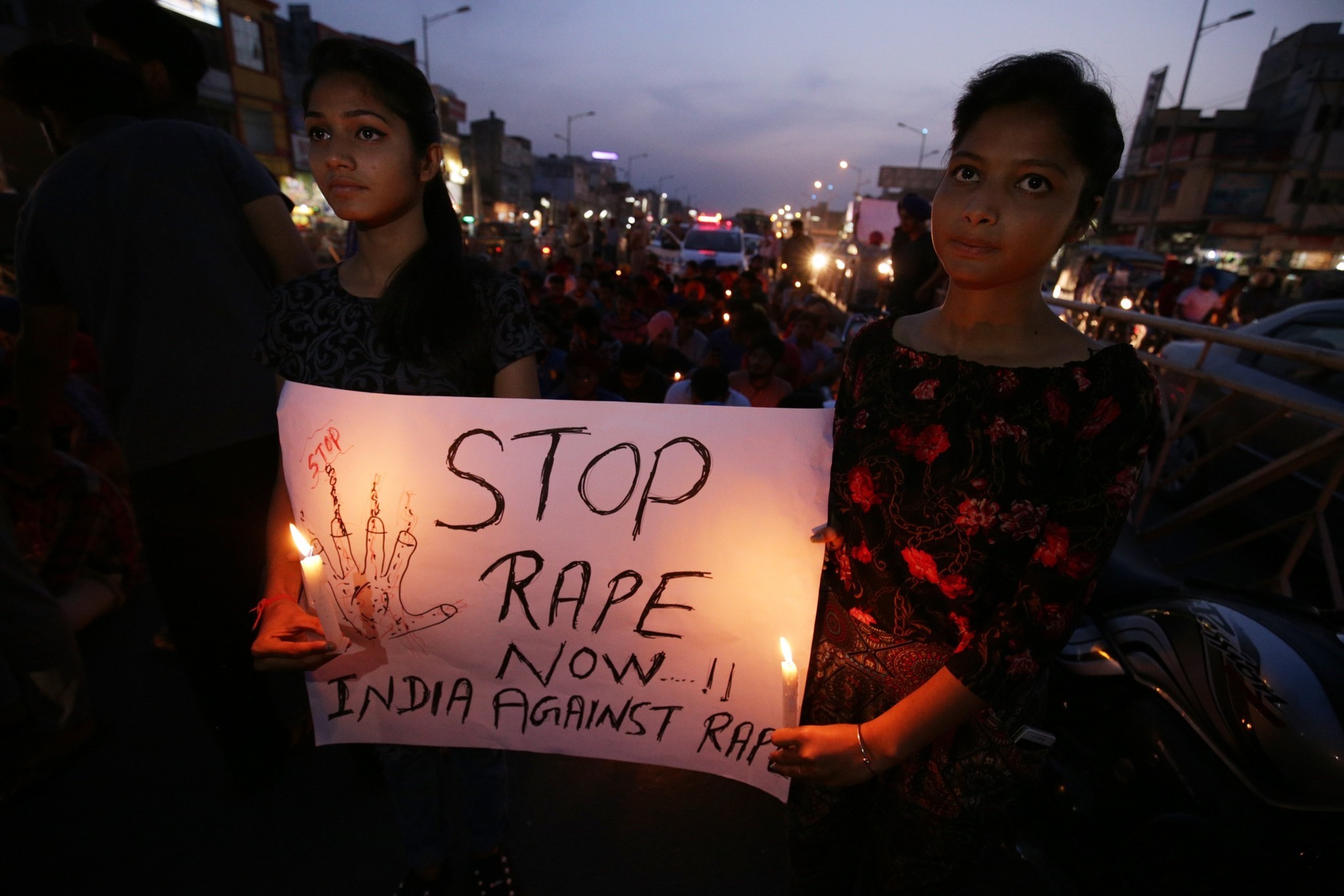 Indian students hold a poster and candles during a candle light march to protest against the rape and murder of eight-year-old Asifa Bano, in Amritsar, India, 14 April 2018. (EPA Photo)
by Associated Press Apr 15, 2018 12:00 am

Indian police have made another arrest after the rape of a teenager by a ruling party politician sparked protests across the country, federal investigators said Sunday.

The outrage has put pressure on Prime Minister Narendra Modi, whose ruling Bharatiya Janata Party (BJP) is accused of trying to shield its state lawmaker in one case and of defending the accused in the other.

The Central Bureau of Investigation (CBI) has arrested Kuldeep Singh Sengar, a lawmaker from Uttar Pradesh state which is ruled by the Hindu nationalist BJP, for allegedly raping the 17-year-old last year.

Police only brought a case against the powerful politician last week after the young victim attempted to burn herself alive outside the state leader's residence.

The next day, her father, who had been in police custody, died from injuries he sustained in an alleged beating.

"We arrested the second person, a woman named Shashi Singh, in our ongoing investigations of the case on Saturday," R.K. Gaur, a CBI spokesman, told AFP on Sunday.

Sengar appeared in court the same day and was ordered detained for seven days.

The girl's family -- who fought unsuccessfully for nearly a year to get the police to register their case -- said Singh had taken their daughter to the state legislator on the pretext of a job.

Singh then allegedly stood guard at the door while Sengar raped the girl, the family's initial complaint to police stated.

Public outrage escalated as details surrounding the brutal rape and murder of an eight-year-old Muslim girl in January in Jammu and Kashmir state made national headlines.

The girl was kidnapped, drugged and repeatedly raped over five days -- including inside a Hindu temple -- before being strangled and beaten with a rock.

Jammu and Kashmir is India's only Muslim-majority state, but the Jammu region in the south, where the rape and murder took place, is Hindu-dominated.

The case has heightened fears of communal tensions in the region.

Muslim activists have demanded action against what they see as a crime against their community while some right-wing Hindu groups have argued that the accused were unfairly charged.

Eight people have been arrested over the killing, including four police officers and a minor. All are Hindus.

The Supreme Court on Friday warned lawyers in Jammu against any further attempts to obstruct justice, the Press Trust of India reported.

"They have resigned because of the way the entire thing has been presented across the country. They have been victimised," Balbir Singh, a spokesman for Choudhary Lal Singh, told AFP.

"All they want is a fair probe and the real criminals to be caught."

The BJP on Sunday demanded that the main opposition Congress party sack its state leader in Jammu and Kashmir after he suggested the police investigation was politically motivated.

The crimes have shaken India in a way reminiscent of the fatal gang-rape of a Delhi student on a bus in 2012 that made headlines around the world.

That crime unleashed public anger over rampant sexual violence against women in India, and the introduction on tough new laws to punish rapists.

But high numbers of assaults still persist, with 40,000 rape cases reported every year. Campaigners say victims are reluctant to report abuse to police.

Modi on Friday promised justice for the victims as anger mounted, while India's women's minister called for the death penalty for child rapists.