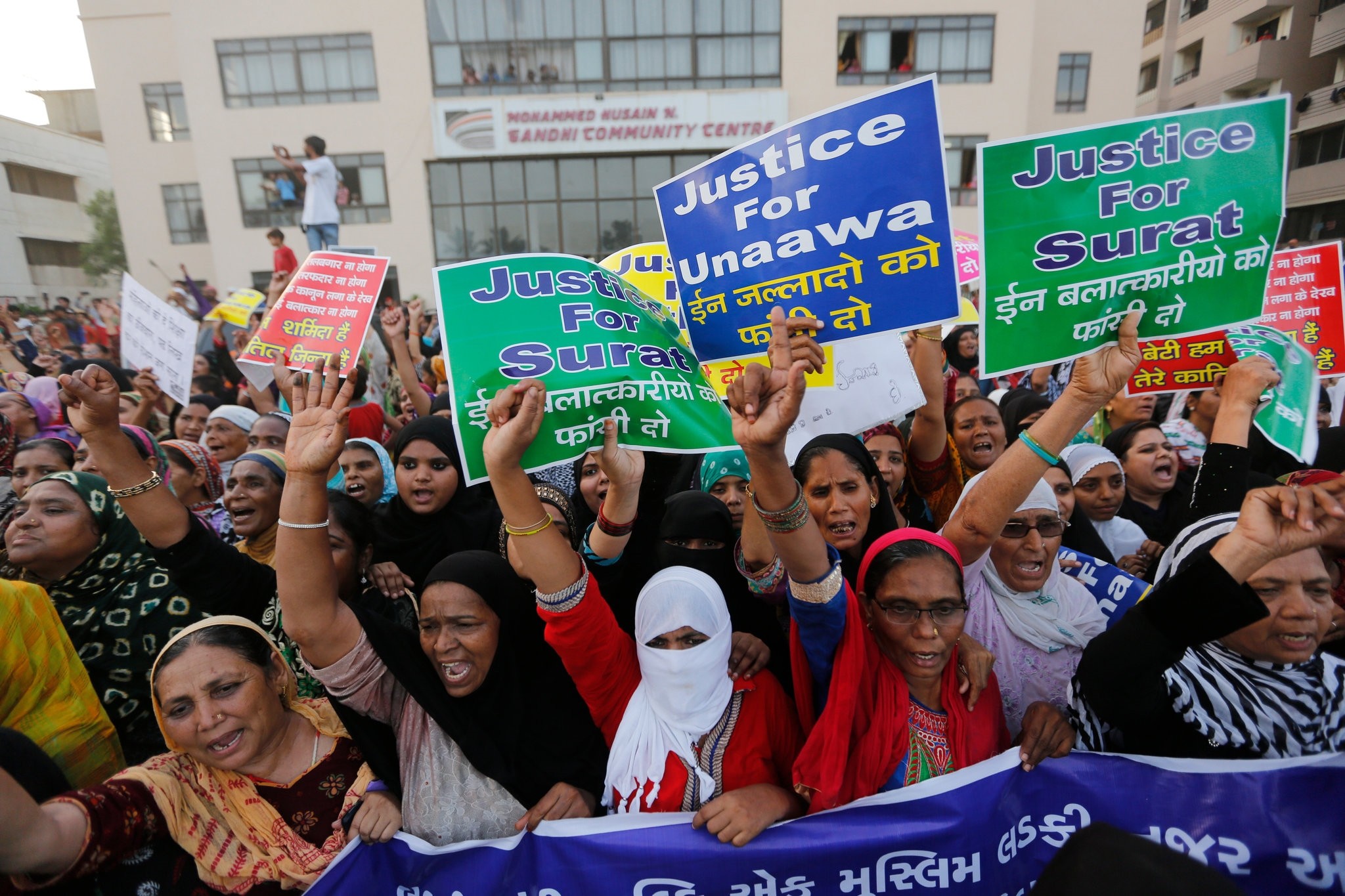 The Indian government said Friday it is looking to introduce the death penalty for child rapists after nationwide outrage over the brutal gang rape and murder of an eight-year-old girl.

Demonstrations across the country, after the release of horrific details of the murder of the Muslim girl by a group of Hindu men, have increased pressure on the government to take action on sexual crimes.

The government told the Supreme Court that amending the Protection of Children from Sexual Offences (POCSO) Act to bring in capital punishment was under "active consideration" by the law ministry.

"The ministry is sensitive to the plight of young children brutally abused in the most horrific manner," the government said in a statement to a Supreme Court hearing reported by Press Trust of India.

"The ministry is proposing to amend the POCSO Act for introducing death penalty for the abuser in the cases of aggravated sexual assault against children," it added.

India retains the death penalty for the most serious cases such as particularly brutal murders or terror attacks.

But the sentences are rarely carried out, often struck down on appeal by higher courts.

India's women's minister last week called for the death penalty in child rape cases as opposition groups accused the Hindu nationalist government of inaction over the rape case in the Kathua district of Kashmir and Jammu state.

"I have been deeply, deeply disturbed by the rape case in Kathua and all the recent rape cases that have happened on children," women and children's minister Maneka Gandhi said.

She said her ministry would seek to change the POSCO Act so the death penalty is possible for the rape of children under 12.

Critics of the move have previously expressed fears that making rape a capital offence might make it more likely an offender kills their victim, to reduce the chance of getting caught.

The Muslim girl in Kathua was repeatedly raped while held for five days in a Hindu temple.

The government has faced criticism over the murder of the girl and the rape of a 17-year-old woman for which a state lawmaker from the ruling Bharatiya Janata Party (BJP) has been detained.

The alleged attack in Uttar Pradesh state occurred last year but only started making headlines after the woman tried to set herself on fire outside the Uttar Pradesh chief minister's residence last weekend.