Another gang-rape by Hindu men reported in India 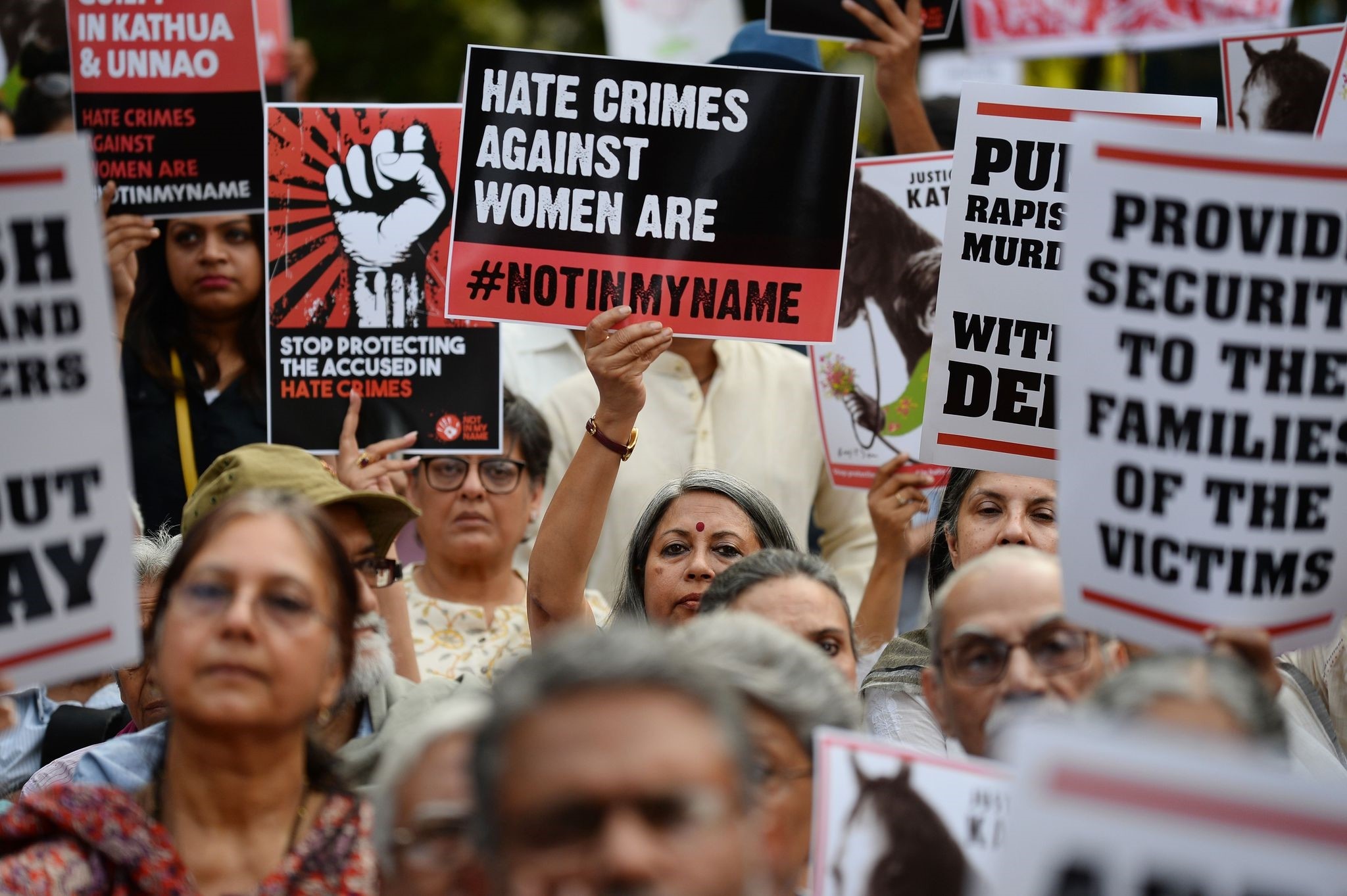 In this file photo taken on April 15, 2018 Indian demonstrators hold placards during a 'Not In My Name' protest in support of rape victims following high profile cases in Jammu and Kashmir and Uttar Pradesh states, in New Delhi. (AFP Photo)
by Daily Sabah with Agencies Apr 23, 2018 12:00 am

A 13-year-old Indian girl was reportedly gang-raped by four Hindu men on Sunday after being kidnapped from her home and taken to a nearby temple in the Haryana state, as India's rape epidemic worsens by the year.

According to ANI news agency, the girl was forcibly taken from her home while sleeping with her siblings in Yamunanagar. She was repeatedly raped and her head was smashed on the wall before the attackers fled the scene. She was later on found unconscious in the temple by neighbors.

The girl's parents filed a report about the attack and the victim underwent a medical test, the Yamunanagar police said, adding that an investigation has been launched.

The incident was the latest in a string of sexual attacks against children in the country that sparked widespread public anger. An 8-year-old Muslim girl was gang-raped and murdered in the state of Jammu and Kashmir by a group of hard-line Hindu men in a temple, while in Uttar Pradesh, a 16-year-old girl was allegedly gang-raped by a ruling party lawmaker, triggering nationwide outrage and protests.

Nearly 40 percent of India's rape victims are children. And the 40,000 reported rapes in 2016 marked a 60 percent increase over the level in 2012 - the year that a sickening rape and murder of a 23-year-old student in the capital New Delhi sparked nationwide demonstrations.

On Saturday, the Indian government passed an ordinance that allows stringent punishments for sexual violence against children, including the death penalty for those convicted of raping girls below the age of 12 years.

Minimum prison sentences for rape against girls under the age of 16 and women have also been raised. The government has also laid down measures for speedy investigation of rape, stipulating that probes have to be completed within two months.