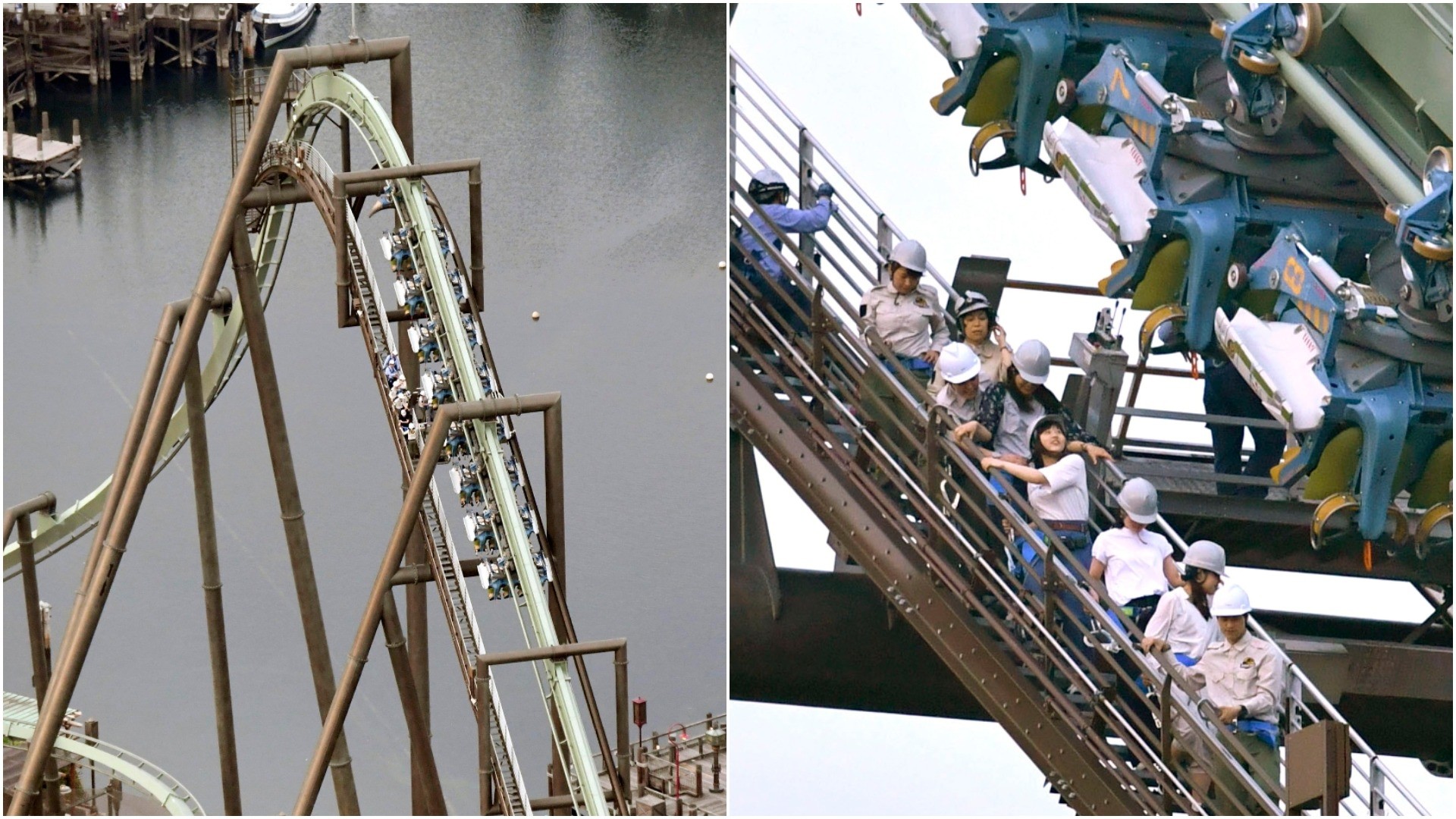 In this Tuesday, May 1, 2018, photo, passengers are rescued from the stopped Flying Dinosaur rollercoaster at Universal Studios Japan amusement park in Osaka, western Japan. (AP Photo)
by Associated Press May 02, 2018 12:00 am

64 passengers were left hanging in the air for up to two hours after a roller coaster made an emergency stop Tuesday at Universal Studios Japan.

The amusement park said the Flying Dinosaur rollercoaster's two carriages stalled midway through the 1,100-meter (yard) ride, with riders suspended in a flying position about 30 meters (100 feet) above the ground.

The Osaka park, packed with holiday makers during Japan's "Golden Week" series of holidays, said all of the riders were evacuated safely. The last passenger had to wait two hours before being brought down.

The park apologized and said the problem was caused by a motor-regulating device on the rails.

The ride resumed operation after repairs and safety checks.