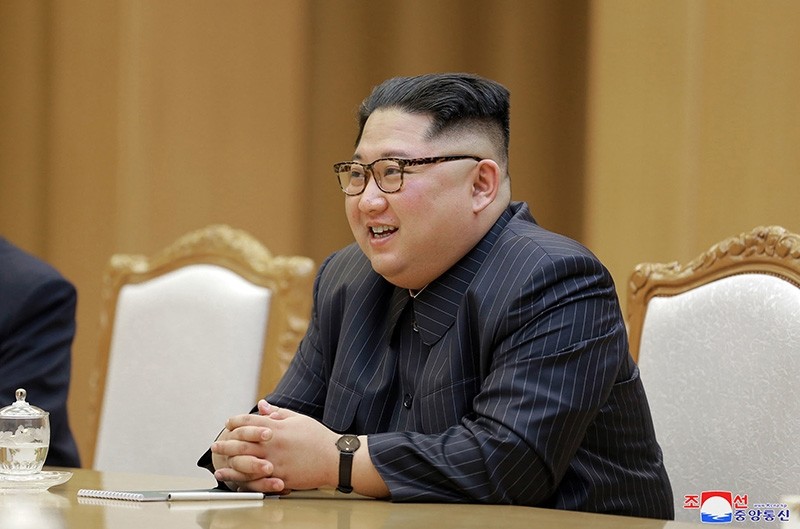 "A ceremony for dismantling the nuclear test ground is now scheduled between May 23 and 25, depending on weather condition," the official KCNA news agency said, citing a foreign ministry press release.

The test tunnels would be blown up, blocking their entries, the statement said.

All observation facilities and research institutes would be removed along with guards and researchers, it said, detailing the process of closing the site.

Reporters from China, Russia, the United States, Britain and South Korea would be allowed to "conduct on-the-spot coverage in order to show in a transparent manner the dismantlement of the northern nuclear test ground," the foreign ministry statement said.

The limit on foreign journalists was due to the "small space of the test ground" which it said was "located in the uninhabited deep mountain area."

In a dramatic turnaround after Kim and Trump had traded threats of war and personal insults, the young North Korean leader vowed to pursue denuclearization at a summit with South Korean President Moon Jae-in last month.

He is now set for the first ever face-to-face meeting between a sitting American president and a North Korean leader, scheduled for June 12 in Singapore.

Secretary of State Mike Pompeo Friday promised the U.S. would work to rebuild North Korea's sanctions-crippled economy if it agreed to surrender its nuclear arsenal.

"The DPRK will, also in the future, promote close contacts and dialogue with the neighboring countries and the international society so as to safeguard peace and stability on the Korean peninsula and over the globe," the North Korean foreign ministry statement carried by KCNA said Saturday.