At least 66 killed in powerful storms in northern India 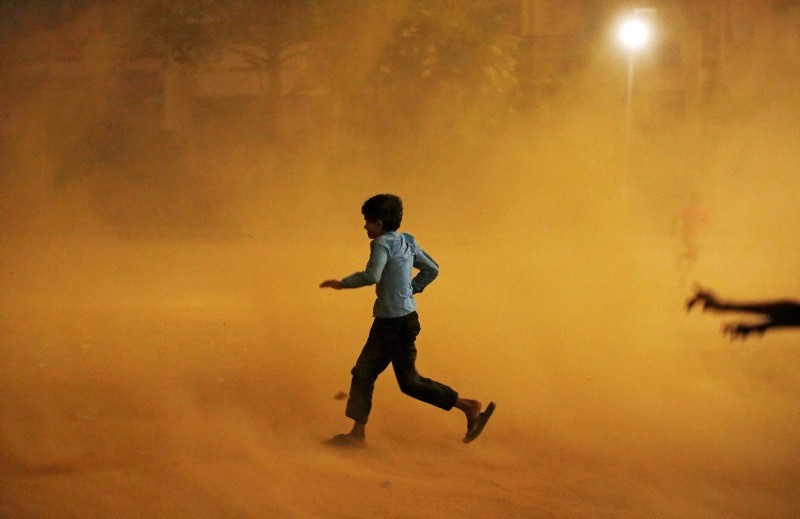 Severe storms were likely to hit northern India on Monday, the weather office warned, a day after at least 66 people were killed as unusually powerful dust storms, torrential rain and lightning battered large parts of the country.

Meteorological officials say winds reached up to 109 kilometers per hour (68 miles per hour) Sunday, blowing down trees and power lines and demolishing homes. Trains and commuter rail lines were paused and dozens of flights were diverted from New Delhi's international airport as the storm blew into the city, turning the sky brown with dust and sand.

Prime Minister Narendra Modi said in a tweet that he was "saddened by the loss of lives due to storms in some parts of the country."

Storms with strong winds were "very likely" in most parts of the northern state of Uttar Pradesh on Monday, India's most populous state, the India Meteorological Department said in its latest forecast.

Storms are common at this time of the year, the beginning of the rainy season in South Asia, but the severity of the weather this year, and the human cost, have been unusual.

At least 34 people were killed and 47 injured when thunderstorms swept Uttar Pradesh on Sunday, displacing hundreds of people, Sanjay Kumar, relief commissioner for the state, told Reuters by telephone from Lucknow, the state capital, adding that the casualty figures might rise.

Five people were killed in New Delhi and the surrounding region, largely due to falling trees, authorities said.

In Andhra Pradesh state in the south, at least 12 people were killed by lightning, said M.V. Sheshagiri Babu, the state's relief commissioner.

Prime Minister Narendra Modi said in a tweet that he was "saddened by the loss of lives due to storms in some parts of the country," and that he had asked authorities to provide "all possible assistance" to the needy.

In New Delhi, the police were seen clearing streets of debris and fallen trees.

Hail and rain storms killed more than 78 people in northern and western India at the beginning of this month.