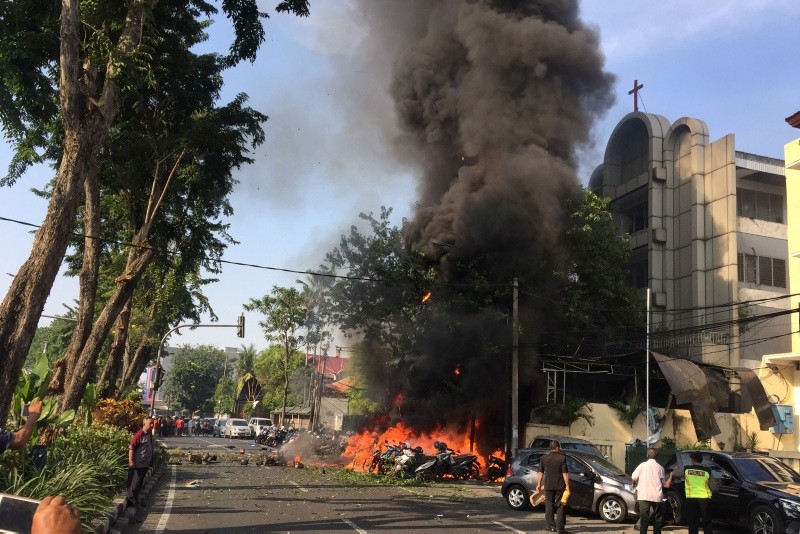 A motorcycle bomb has exploded at police headquarters Monday in the Indonesian city of Surabaya, injuring 10 people including four officers, police say.

The bomb was carried by a man and a woman on the back of a motorcycle, Mangera said.

The attack came a day after six suicide bombers attacked three churches in the city, killing themselves and eight other people.

There were unconfirmed reports in local media Monday that the couple on the motorcycle were carrying a child.

Police killed a suspected terrorist late Sunday after an explosion in his apartment in the town of Sidoarjo killed his wife and one of his children, Mangera said.

Police shot dead the suspect after they rushed to the apartment and found him holding a bomb detonator.