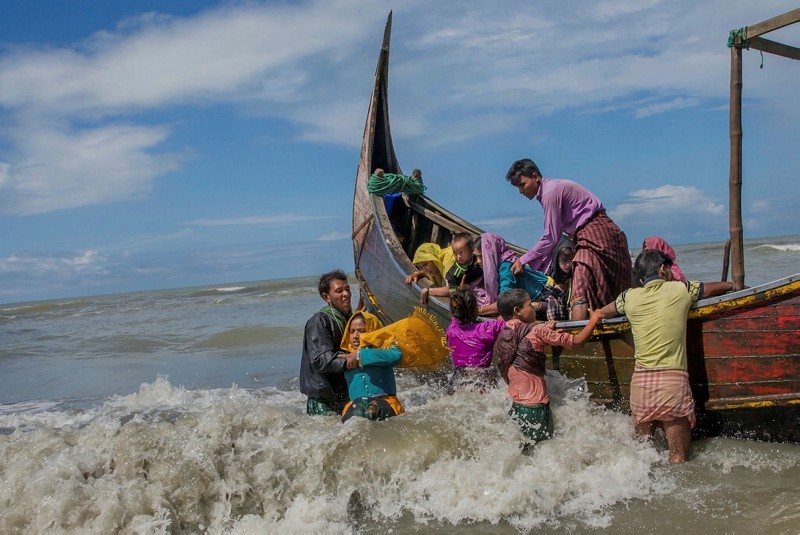 Myanmar and U.N. agencies signed an agreement Wednesday that could eventually lead to the return of some of the 700,000 Rohingya Muslims who fled brutal persecution by the country's security forces and are now crowded into makeshift camps in Bangladesh.

The memorandum of understanding promises to establish a "framework of cooperation" that aims to create conditions for "voluntary, safe, dignified and sustainable" repatriation of Rohingya refugees but does not address Myanmar's denial of citizenship for the minority.

Myanmar's government said it hoped the pact would hasten repatriation, but rights groups still doubt it will let many Rohingya return or can guarantee the safety of those who do. Myanmar's statement didn't mention Rohingya, reflecting the government and the Burmese majority's insistence there is no such ethnic group in Myanmar. Instead it referred to them as "displaced persons."

Myanmar's security forces have been accused of rape, killing, torture and the burning of Rohingya homes in western Rakhine state, where most Rohingya lived. The U.N. and U.S. have described the army crackdown that began in August last year as "ethnic cleansing."

Predominantly Buddhist Myanmar and Bangladesh agreed in November to begin repatriating Rohingya. But refugees feared their lives would be at risk in Myanmar without international monitoring while Myanmar insisted they have identity documents, which most Rohingya have been denied.

Knut Ostby, U.N. Resident and Humanitarian Coordinator in Myanmar, said the agreement is an important first step toward resolving the crisis.

The U.N. has said the agreement provides for its refugee and development agencies to be given access to Rakhine state.

It said that will allow the refugee agency to assess the situation and provide information to refugees about conditions in their areas of origin so that they can better decide whether they want to return.

The Myanmar government statement said assistance from the U.N. agencies would assist the work it has already started toward repatriation. It highlighted that it had cooperated with the U.N. a quarter century earlier in repatriating 230,000 "displaced persons" — Rohingya — who had fled persecution in Rakhine to Bangladesh.

Rights groups remain pessimistic that the safe return of Rohingya refugees will ever be possible.

They point to a lack of firm commitments from Myanmar and its decades of hostility toward a minority that was denied citizenship by a 1982 law that excluded them from a list of recognized ethnic groups in the majority Buddhist nation.

Some 125,000 of the Rohingya who remain in Myanmar are living in camps where their movement is restricted after being forced from their villages in 2012 by a wave of violence led by radical Buddhists and security forces.

"There's still been no movement to ensure Rohingya have equal access to full citizenship," said Matthew Smith, the head of advocacy group Fortify Rights. "Discourse around repatriation now unfortunately appears to be attempt by authorities to distract from mass atrocities and crimes taken place."