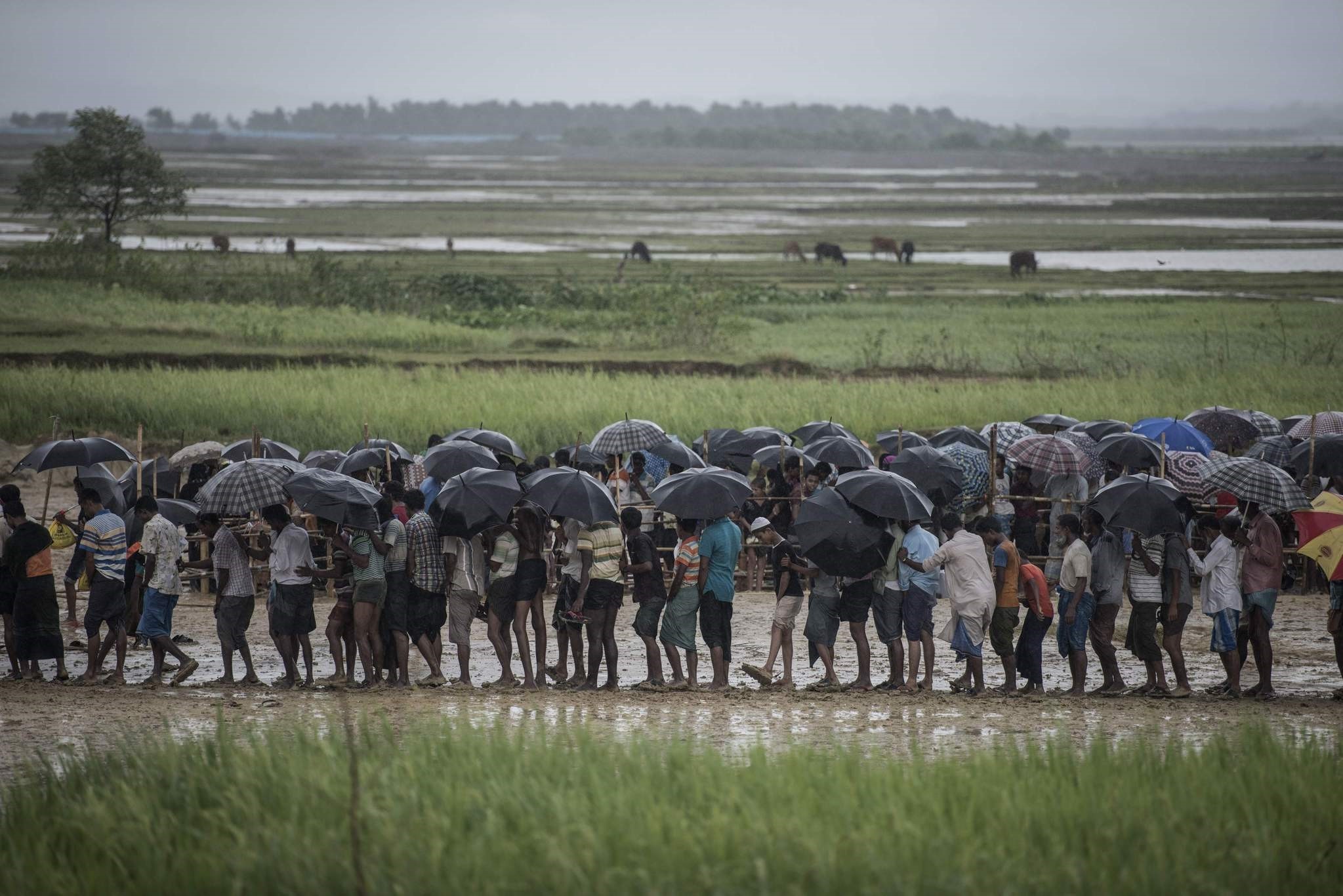 Rohingya Muslim refugees wait in line in the rain for food at the Nayapara refugee camp, Bangladesh.
by Compiled from Wire Services Jun 27, 2018 12:00 am

Thousands of Muslims from Myanmar currently living in Thailand are at risk of fines and deportation due to Myanmar's "discriminatory" policies, found a Burma Human Rights Network report.

Thailand last year ruled that migrants must provide proof of nationality to continue working in the country, but BHRN surveys along the Thai-Myanmar border found that 80 percent of Muslims born in Myanmar held no Myanmar citizenship documents.

By June 30, all migrant workers in Thailand must have had their nationality verified to be able to work in the country legally.

"Myanmar government's citizenship policy is to be blamed for creating stateless people in Thailand. This policy is forcing the minorities to migrate to neighboring countries, and they live for generations without any citizenship," BHRN executive director Kyaw Win told dpa. He urged Myanmar to follow human rights norms and stamp out discriminatory practices that deny Myanmar Muslims full citizenship or force them to present unreasonable proof of Myanmar ancestry.

The U.N. has described the systematic violence by Myanmar against Rohingya Muslims in Rakhine state as possible genocide and ethnic cleansing. Calls for the international community to take measures against the "visible genocide" facing Rohingya Muslims in Myanmar has increased as the monsoon season approaches. In March the United Nations launched an appeal for $951 million to help the Rohingya refugees for the rest of the year, but it is less than 20 percent funded.

Around 6,000 refugees from the persecuted minority have been camping on the narrow stretch of land since fleeing a brutal military crackdown in Myanmar's west last August. An estimated 700,000 Rohingya have fled over the border to Bangladesh since an army crackdown was launched in Rakhine state in August. Myanmar blames Rohingya militants for an Aug. 25 strike on security posts in Rakhine state that triggered a fierce army crackdown. At least 9,000 Rohingya were killed in Rakhine state from Aug. 25 to Sept. 24, according to Doctors without Borders. In a report last December, the global humanitarian group said the deaths of 71.7 percent, or 6,700 Rohingya, were caused by violence. The death toll includes 730 children below the age of 5.