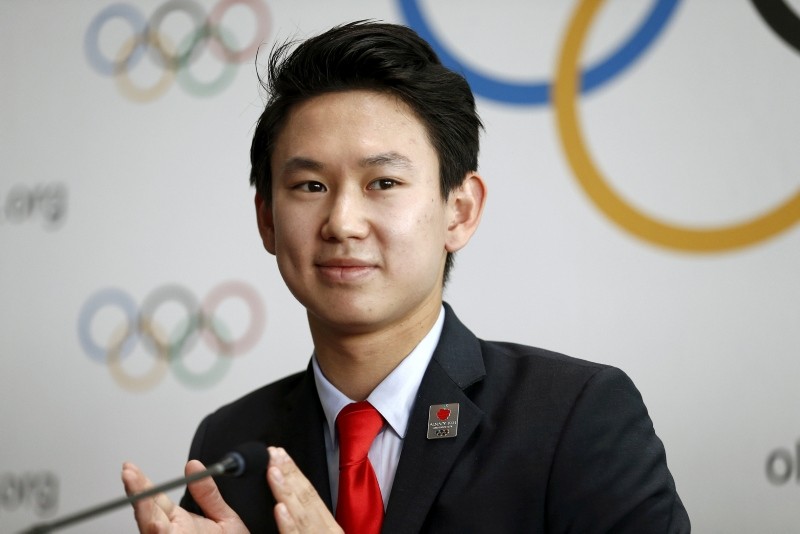 Denis Ten of Kazakhstan, bronze medalist in men's singles figure skating of the 2014 Winter Olympics in Sochi. (REUTERS Photo)
by reuters
Jul 20, 2018 12:00 am

Authorities in Kazakhstan said on Friday they had detained a suspect in the murder of Olympic figure skater Denis Ten, who won bronze at the 2014 Sochi Games.

Ten, 25, was knifed during a struggle with two men he had caught trying to steal the mirrors on his car in the Kazakh city of Almaty on Thursday.

Kazakhstan's Interior Ministry said in a statement that it had identified the two suspects in Ten's murder and detained one of them.

Police released a photograph of the second suspect and said they were looking for him.

Ten finished 11th at the 2010 Vancouver Olympics and four years later in Sochi became the first figure skater from Kazakhstan to win an Olympic medal.

He was then dogged by injury but competed at the Pyeongchang Olympics in February where he was cheered by local fans because of his Korean roots. He finished 27th.

The international figure skating community has mourned the loss of a talented and resilient athlete.

"Denis Ten was a great athlete and a great ambassador for his sport," said Thomas Bach, the president of the International Olympic Committee (IOC), according to the committee's Twitter page.

"A warm personality and a charming man. Such a tragedy to lose him at such a young age."

Retired Canadian figure skater Patrick Chan, who two silver medals in Sochi and gold in the team event at the Pyeongchang Games, wrote on Twitter he was "so honored and grateful to have shared with ice" with Ten.

"He was so kind to everyone and a huge inspiration to me and so many other people," American figure skater Adam Rippon wrote on Twitter. "Denis, thank you for showing us how to be a champion."