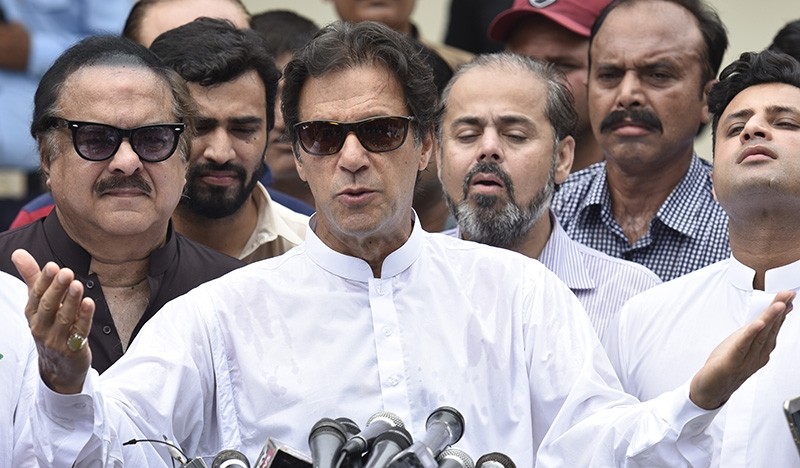 Former cricket star Imran Khan's party, which won Pakistan's July 25 general election, said Friday it had enough support in the National Assembly to form a government after more than a week of talks with other parties and independent politicians.

Khan's Pakistan Tehreek-e-Insaf (PTI), or Pakistan Movement for Justice, did better than expected to scoop up 16.86 million votes, trouncing the party of jailed former premier Nawaz Sharif, which finished second with 12.89 million.

But the 116 seats won by Khan's lawmakers were not enough to give him a majority without coalition partners in the National Assembly, which has 342 seats including 70 set aside for women and members of religious minorities.

Fawad Chaudhry, a PTI spokesman, told reporters on Friday that the party believed it had the support of 180 lawmakers when it counted coalition partners and holders of reserved seats.

The coalition would include the Muttahida Qaumi Movement (MQM), which has dominated politics in the port megacity of Karachi for decades, and the Grand Democratic Alliance (GDA), a new alliance in Sindh province, Chaudhry said.

"God willing, we will be going much ahead of the absolute majority," he added.

PTI has said it expects Khan to take the oath as prime minister before Aug. 14, Pakistan's independence day.

Pakistan's two former dominant political parties said Thursday they would join forces to field their own candidate for prime minister in parliament.

However, the opposition alliance was not believed to have the numbers to block Khan's election.

A European Union election monitoring team in its initial assessment described the election campaign as an unequal playing field, describing a "systematic effort" to undermine Sharif's former ruling party, but said it was up to the people of Pakistan to decide on the vote's legitimacy.