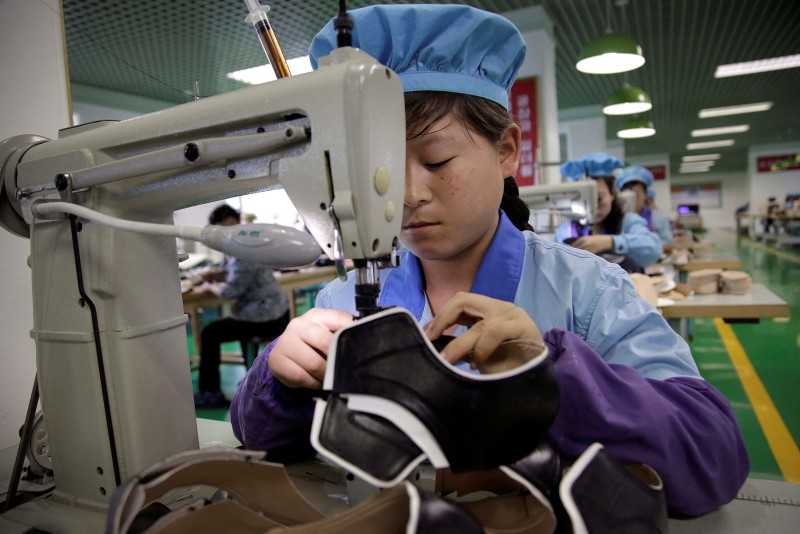 Russia is allowing thousands of fresh North Korean laborers into the country and granting new work permits in potential violation of U.N. sanctions, the Wall Street Journal reported on Thursday.

Over 10,000 new North Korean workers have registered in Russia since September, the paper said, citing records from the Russian Interior Ministry.

Russia's action potentially violates U.N. sanctions to reduce cash flows to North Korea and puts pressure on Pyongyang to give up its nuclear weapons, the Journal reported, citing U.S. officials.

Labor Ministry records obtained by the Journal showed that a minimum of 700 new work permits have been issued to North Koreans in Russia this year, the paper said.

Russia's foreign ministry did not respond to a request for comment.

"It's absolutely clear that Russia needs to do more. Russia says it wants better relations with the United States, so Moscow should prove that by cooperating with us, not working against us, on this urgent threat to all nations," a U.S. State Department spokesperson told Reuters.

"It is estimated that North Korean labourers in Russia send between $150-$300 million annually to Pyongyang. Now is the time for Russia to take action: Moscow should immediately and fully implement all the U.N. sanctions that it has signed on to."

The labour prohibition is a part of a broader array of sanctions that are aimed at eliminating an important revenue stream for Kim Jong Un's regime. Most of the money North Koreans earn abroad ends up in government coffers as workers toil in grueling conditions, the Journal reported.

In a report released on Thursday by the non-profit research organization C4ADS, it said initial restrictions in China and Russia - where around 80 percent of North Korean laborers are believed to work - appear to have loosened.

"For a time, both Russia and China appeared to be expelling North Korean workers well before U.N. deadlines, but more recent reporting suggests that North Korea may have again begun to dispatch labor to both countries," the report concluded.

A separate report released this week by the Seoul-based Asan Institute for Policy Studies said between 2015 and 2017 the Moscow-based Independent Petroleum Company (IPC) sold far more oil to North Korea than what was officially reported.

"The amount of oil IPC sold to North Korea between 2015 and 2017 could be worth as much USD 238 million," the report estimated. "This far exceeds Russia's official report on its oil exports to North Korea during the same period, which amounted to USD 25 million."

IPC was sanctioned by the U.S. Treasury Department in June 2017 over its trade with North Korea, and in December 2017 the U.N. imposed its strictest limits on North Korean imports to date.

In September last year, Reuters found that at least eight North Korean ships that left Russia with a cargo of fuel headed for their homeland despite declaring other destinations, a ploy that U.S. officials say is often used to undermine sanctions.