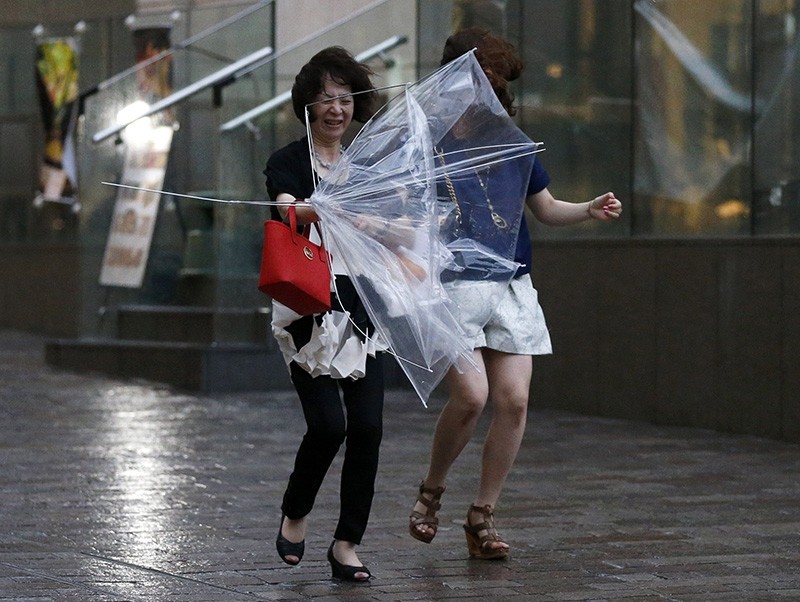 Dozens of flights have been canceled and cities evacuated as a typhoon heads toward Tokyo, the Japanese capital.

Typhoon Shanshan is packing maximum sustained winds of 125 kilometers (78 miles) per hour and gusts of up to 180 kph (112 mph). It's about 260 kilometers (160 miles) southeast of Tokyo on Wednesday afternoon.

The brunt of the storm is forecast to hit Tokyo and surrounding areas overnight before moving up the Pacific coast to northeastern Japan on Thursday. It isn't clear whether the typhoon will make landfall or remain offshore.

According to Japanese broadcaster NHK, more than 160 flights in and out of Tokyo's two main airports have been canceled.

The city of Mobara, east of Tokyo, issued an evacuation advisory for its entire population of about 90,000 people.

Several other municipalities near Tokyo also issued evacuation advisories for some residents, bringing the total number of people affected to more than 100,000, according to public broadcaster NHK.

The western Japan regions hit by deadly floods in July look set to be spared any damage from the typhoon as it winds its way up the northeastern coast.

Japan has experienced one weather disaster after another since the start of July, including a record-breaking heatwave that saw temperatures surge to 41.1 Celsius (106 Fahrenheit) and had killed at least 132 people as of Aug. 5.