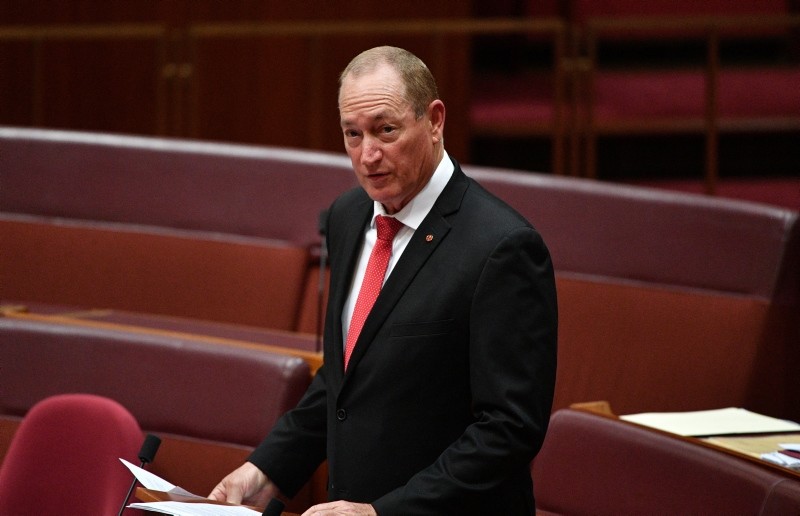 An Australian senator is being condemned for his speech in Parliament advocating reviving a white-only immigration policy and using the term "final solution" in calling for a vote on which migrants to admit into the country.

Anning also called for a complete ban on Muslim immigration and linked Muslim communities to terrorism and being on welfare programs. Turnbull said in his own speech, "Those who try to demonize Muslims because of the crimes of a tiny minority are only helping the terrorists."

A member of the Australian Party, Anning was unapologetic about using the same phrase Nazi leaders used in planning the Holocaust during World War II.

"The final solution to the immigration problem is, of course, a popular vote," Anning said in his Senate speech.

He claimed to be simply referring to the "ultimate solution" to a political problem and said people who were offended took the two words out of context.

Shorten said those two words evoke trauma and come from history's darkest moments. "Two words would speak for the brutalization and murder of millions. Two words that evoke fear and grief and trauma and loss," Shorten said.

He said most Australians did not want to see the country go back to 1958 and moved a unanimous motion praising the dismantling of discriminatory immigration policies over several decades.