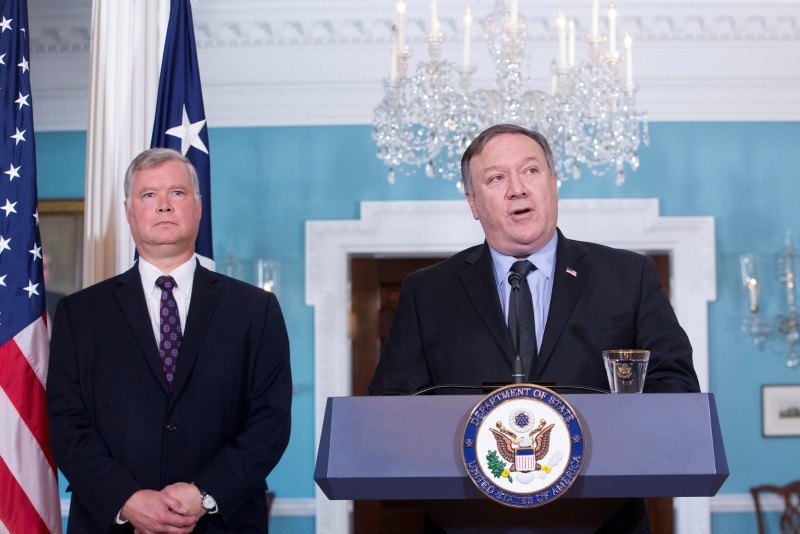 US Secretary of State Mike Pompeo said Thursday that he plans to travel next week to North Korea with Washington's newly named envoy for Pyongyang.

Biegun will "direct US policy towards North Korea and lead our efforts to achieve President Trump's goal of the final, fully verified denuclearization of North Korea, as agreed to by Chairman Kim Jong-un."

Pompeo said that the trip with Biegun is planned "to make further diplomatic progress towards our objective."

"Using diplomacy to resolve the North Korean security threat once and for all remains one of President Trump's greatest priorities," Pompeo said.

Kim met with President Donald Trump in June in Singapore in an unprecedented summit, including a vague declaration of denuclearization.

"The issues are tough, and they will be tough to resolve," Biegun said. "But the president has created an opening, and its one that we must take by seizing every possible opportunity to realize the vision for a peaceful future for the people of North Korea."