Over 50,000 displaced by floods after dam breach in Myanmar 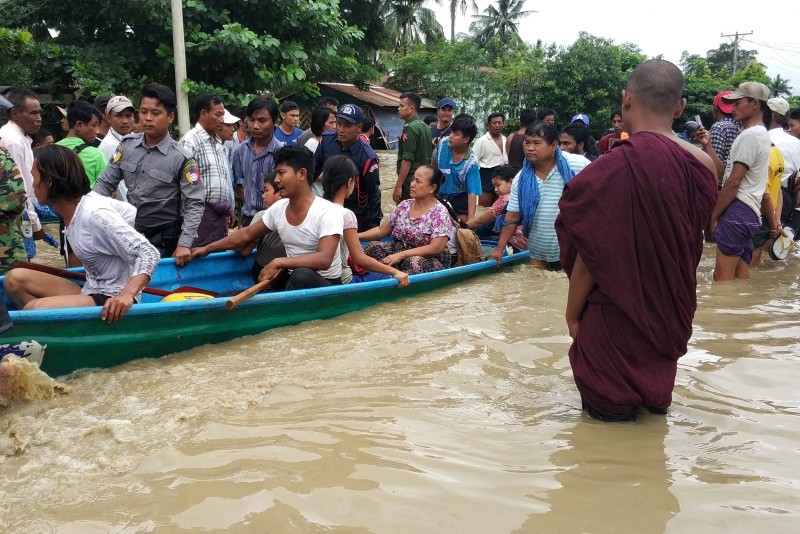 More than 50,000 people evacuated their homes in central Myanmar on Wednesday after a dam breach flooded towns and villages and caused the closure of a major highway, two officials said.

Fire authorities sent a team to the Swar irrigation dam after the breach at 5:30 a.m. (2300 GMT) unleashed water into the nearby town of Swar and several other settlements.

Many people, including some not directly hit by flooding, had decided to leave their homes for fear the water level could rise further, said an official of the Natural Disaster Management Department who asked not to be identified, in the absence of authorization to speak to media.

In all, 12,000 households or a total of 54,000 people had been displaced, said another official, from the Department of Relief and Resettlement, who also declined to be named.

Southeast Asia is often battered by weather during the annual monsoon season, which runs from around June to November.

Regional neighbor Laos was hit badly last month when heavy rainfall caused the collapse of a massive dam, an unprecedented disaster that left at least 35 dead and scores missing.

The Communist country is now facing intense scrutiny on its hydropower strategy as it plans to become the "battery of Asia" by damming rivers and selling its electricity to its neighbors.