US military to scrap $300 million in aid to Pakistan 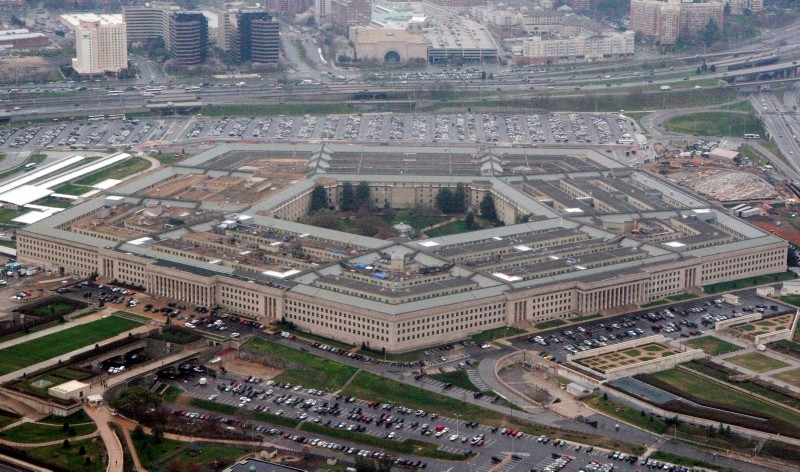 The U.S. military plans to cancel $300 million in aid to Pakistan due to Islamabad's lack of "decisive actions" in support of American strategy in the region, the Pentagon said Saturday.

The U.S. has been pushing Pakistan to crack down on militant safe havens in the country, and announced a freeze on aid at the beginning of the year that an official said could be worth almost $2 billion.

The Defense Department has sought to cut aid by $300 million "due to a lack of Pakistani decisive actions in support of the South Asia Strategy," Lieutenant Colonel Kone Faulkner said in an email to French Press Agency (AFP).

The U.S. blocked $500 million to Pakistan earlier this year, as part of its reimbursement for the country's role in the war on terror in Afghanistan.

Relations between the two allies in the war against terrorism have deteriorated since January, last year, after U.S. President Donald Trump assumed office, mainly because of a clash of interests in war-torn Afghanistan.

Washington accuses Islamabad of providing a safe haven to the powerful Haqqani network, which is blamed for numerous brazen attacks on foreign forces in Afghanistan.

The White House believes that Pakistan's Inter-Services Intelligence agency and other military bodies have long helped fund and arm the Taliban for ideological reasons, but also to counter rising Indian influence in Afghanistan.

It also believes that a Pakistani crackdown could be pivotal in deciding the outcome of the long-running war in Afghanistan.

However, Pakistan denies the charges and said it needed acknowledgment of its sacrifices in the war on terror.

"The United States has foolishly given Pakistan more than 33 billion dollars in aid over the last 15 years, and they have given us nothing but lies & deceit, thinking of our leaders as fools," Trump wrote on Twitter at the beginning of the year.

"They give safe haven to the terrorists we hunt in Afghanistan, with little help. No more!"

Pakistani leaders disputed the $33 billion figure, insisting that around half of the money relates to reimbursements, and the prime minister's office accused Trump of ignoring the great sacrifices the country has made to fight extremism.

In March, a senior U.S. official said that Pakistan has "done the bare minimum to appear responsive to our requests," and concerns over a lack of action by Islamabad against militant groups still persist.

The announcement came weeks after Pakistan's new Prime Minister Imran Khan took office amid concerns he would remain tolerant of terror groups including the Taliban and the notorious Haqqani network.

Khan has repeatedly blamed Pakistan's participation in the U.S.-led anti-terror campaign for the surge in terrorism on home soil over the last decade and has vowed to rebalance Islamabad's relationship with Washington.

He has also shown a willingness to hold talks with militant groups and sought support from religious hardliners in the run-up to elections last July -- moves that prompted critics to christen him "Taliban Khan".

Some analysts warn there may be no real way to pressure Islamabad and say a suspension in aid could see the U.S. lose crucial influence over Pakistan which will instead look to other countries for support, particularly its longtime ally China.

Despite the provocations, the U.S. does not want to completely rupture its relationship with Pakistan, where anti-American sentiment already runs high.

Washington's footprint in Afghanistan is much smaller than it was at the height of the war, but it needs access to Pakistan's supply lines and airspace.

Pakistan is still believed to have the strongest influence over the Taliban, making its cooperation necessary for peace talks.