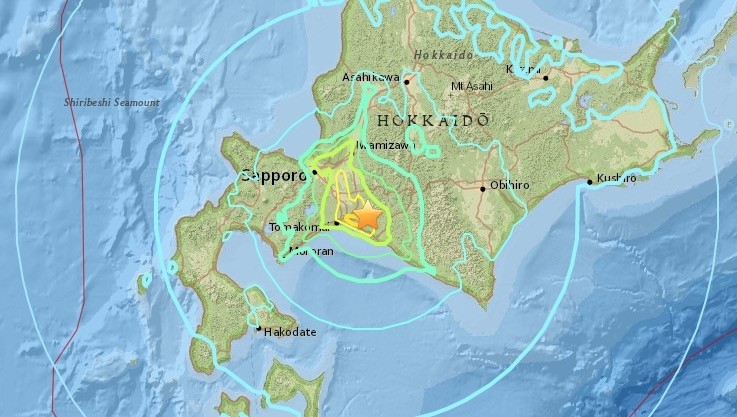 A powerful earthquake hit Japan's northern island of Hokkaido early on Thursday, collapsing walls and some buildings but not triggering a tsunami.

The quake, which struck at 3:08 a.m. (1808 GMT Wednesday) had a magnitude of 6.6, the Japan Meteorological Agency said. The U.S. Geological Survey said earlier it struck some 112 km (70 miles) southeast of Sapporo.

Public broadcaster NHK showed a brick wall collapsed and broken glass in a home and quoted local police as reporting there had been power outages and some people trapped in collapsed structures.

Kenji Yamamoto, an official in Noborito, told NHK there were no reports of injuries or death in that town.