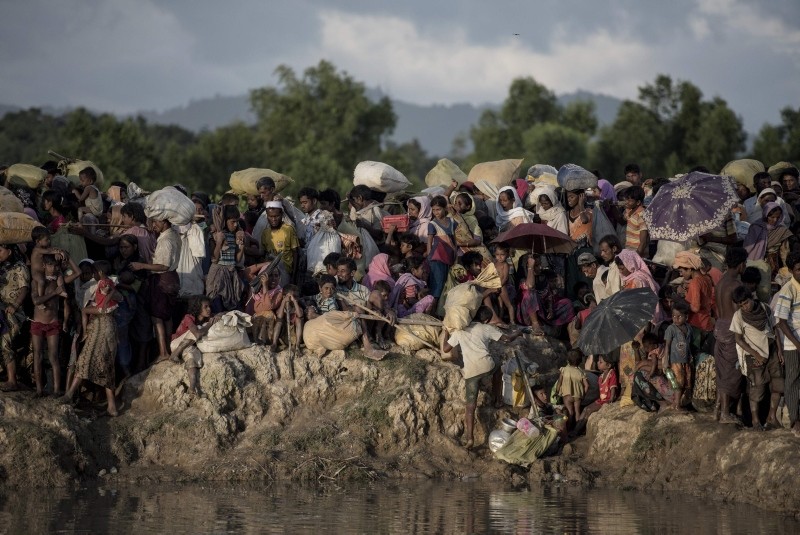 This file photo taken on October 10, 2017 shows Rohingya refugees fleeing from Myanmar arrive at the Naf river in Whaikyang, Bangladesh border. (AFP Photo)
by Sep 20, 2018 12:00 am

The World Bank says it has approved a 50-million-dollar grant to help strengthen Bangladesh's healthcare services to address the needs of Rohingya Muslims living in crowded camps.

The Bangladeshi government signed an agreement on Thursday with the bank to utilize the fund for services like maternal, neonatal, infant and child health as well as reproductive healthcare for the refugees, according to a press statement by the bank.

Nearly 1 million Rohingya Muslims, driven away from their homes in neighboring Myanmar, are living in squalid camps in the south-eastern Bangladeshi district of Cox's Bazar.

Of them, more than 700,000 crossed the border into Bangladesh after Myanmar launched a brutal military crackdown in August 2017 in response to insurgent attacks on security posts in the northern Rakhine state.

The refugees have been facing risk of disease outbreak and suffer from high rates of child malnutrition, Qimiao Fan, the World Bank's country director for Bangladesh, Nepal and Bhutan, said after signing the agreement.

"This grant financing will help the government plan and manage health, nutrition and population services for the Rohingya people while the existing project will continue to provide healthcare to the local population," he said.

Healthcare needs are enormous in the Rohingya camps, said Fan.

Aid agencies have been working alongside the Bangladeshi government to take care of the basic needs of the persecuted Rohingya ever since they crossed into Bangladesh.

The United Nations termed the violent military crackdown against them in Myanmar as a "textbook example of ethnic cleansing."