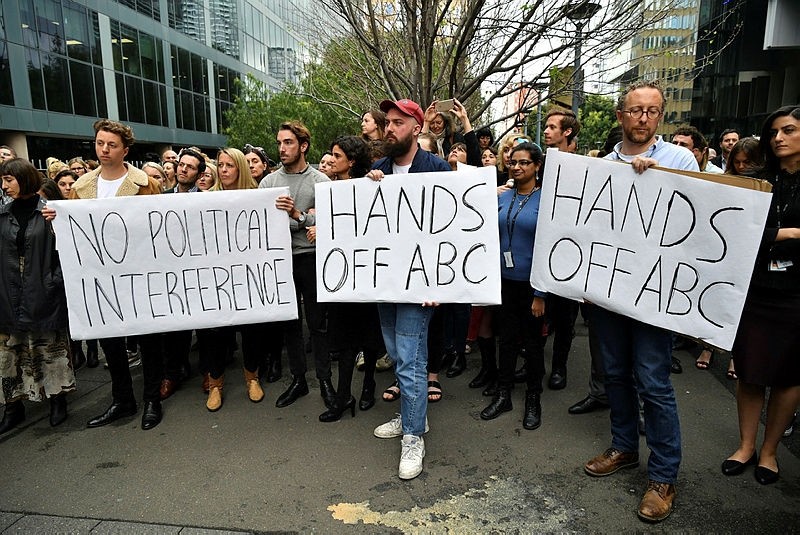 Australia's state run national broadcaster, the Australian Broadcasting Corporation (ABC), has been plagued with a crisis after leaked documents revealed that 'political intervention' led to the chairman demanding a reporter to be sacked.

An email leaked to Australian media Wednesday indicated that the chairman of the ABC, Justin Milne, wanted a reporter sacked after receiving political pressure from then-Prime Minister Malcolm Turnbull.

According to the email, Milne wrote to managing director Michelle Guthrie about sacking the ABC's economics editor Emma Alberici after Turnbull expressed his concerns over her coverage.

"They [the government] hate her... We are tarred with her brush. I think it's simple. Get rid of her. We need to save the ABC- not Emma. There is no guarantee they [the Coalition] will lose the next election," it wrote.

The event has triggered emergency staff meetings at ABC's office across the country where a motion was passed by Melbourne staff, claiming the ABC to be a "fiercely independent news organization".

"We are dismayed that the chairman of our own board is exerting political pressure behind closed doors. Mr. Milne's position as chairman of the board is untenable if he does not support the ABC's fierce pursuit of journalism without political interference."

"It is of no concern to our program makers or journalists whether they are hated by any government," they said.

Spokesman for the ABC board said that the board "takes seriously its responsibility, as legislated in the ABC Act, to ensure that editorial outlet is accurate" and that they are "united in its disappointed at the need to correct" the content in Alberici's work.

The government shied away from the crisis, with Communications Minister Mitch Fifield stating that the government never raised staffing concerns, only "factual matters".