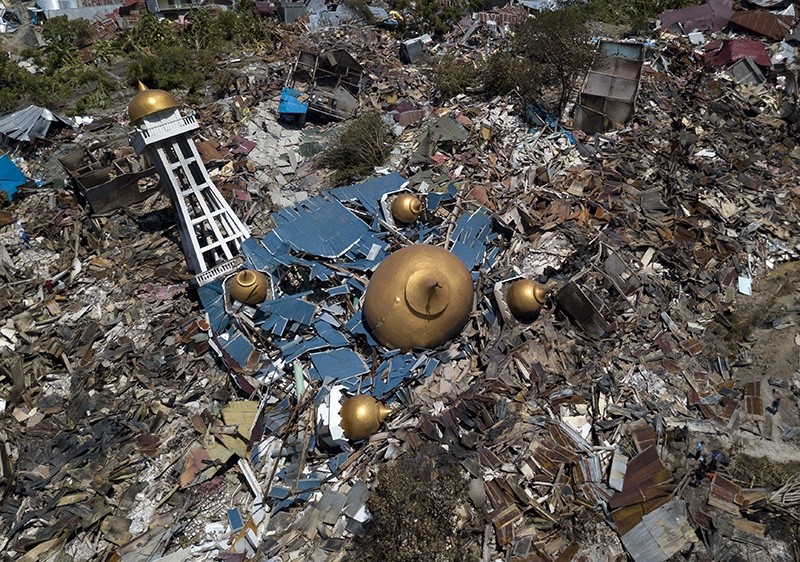 An aerial view taken with a drone camera of an earthquake devastated mosque and surrounding area in Palu, Central Sulawesi, Indonesia, Sept. 30, 2018. (EPA Photo)
by Compiled from Wire Services
Oct 02, 2018 12:00 am

The confirmed death toll from an earthquake and tsunami on Indonesia's Sulawesi island has risen to 1,234, from 844, the national disaster mitigation agency said Tuesday.

"As of 1 p.m. there are 1,234 dead," said Sutopo Purwo Nugroho, the national disaster agency spokesman.

At least 799 were injured and 99 others were listed as missing, Nugroho said.

Most of the casualties were in the city of Palu, the capital of Central Sulawesi province.

A 7.5-magnitude earthquake on Friday triggered tsunami waves as high as six meters (20 feet), which swept ashore at the small city of Palu, on the west coast of Sulawesi.

Rescuers have yet to reach many affected areas leading to fears the death toll could rise again.