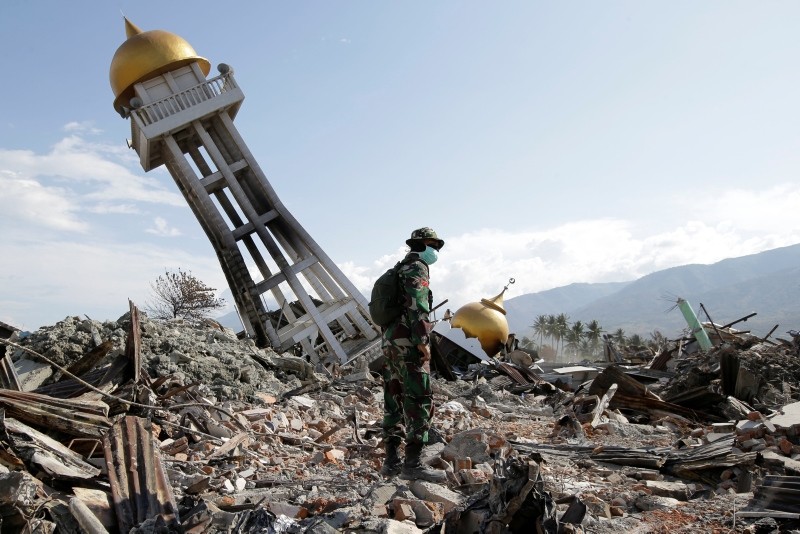 The Turkish army has dispatched two aircraft to transport aid sent to disaster-hit Indonesia, the military said on Saturday.

In a Twitter post, the Turkish Armed Forces said that on Friday two C-130 transport aircraft would transfer Turkish Red Crescent aid in order to meet the needs of people affected by the earthquake in Indonesia.

On Sept. 28, a 7.4-magnitude earthquake struck Sulawesi Island, which triggered a tsunami that towered up to 10 feet (3 meters) high.

The disaster has caused at least 1,649 deaths.

Indonesia is frequently struck by earthquakes, volcanic eruptions and tsunamis because of its location on the "Ring of Fire," an arc of volcanoes and fault lines in the Pacific Basin. A powerful quake on the island of Lombok killed 505 people in August, and two moderate quakes near an eastern island yesterday reportedly damaged a bridge.

The vast archipelago is home to 260 million people on more than 17,000 islands that stretch a distance similar to that between New York and London. Roads and infrastructure are poor in many areas, making access difficult even in the best of conditions.