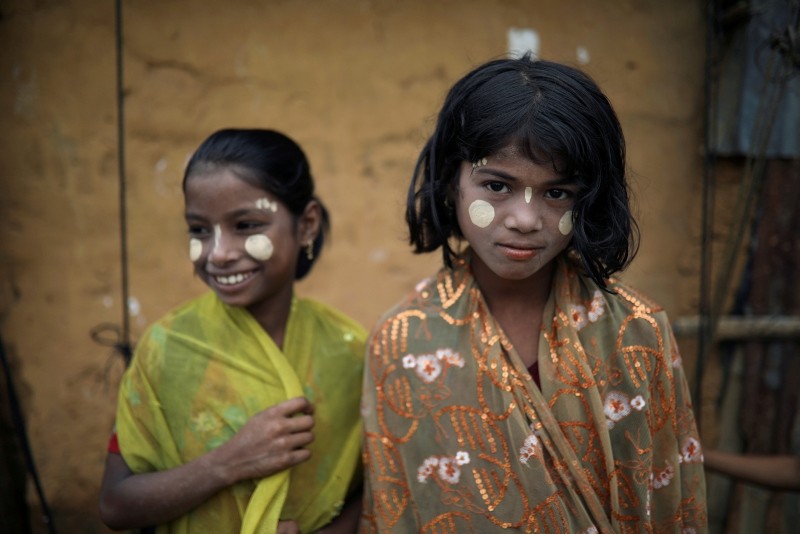 Rohingya refugee girls are being sold into forced labor to raise money for desperate families in overcrowded camps in Bangladesh, according to the United Nations' migration agency.

The International Organization for Migration (IOM) said it had identified 99 cases of human trafficking during the year starting September 2017, although it cautioned that the true number was likely far greater.

Of the victims, 35 were girls and 31 were women, the IOM said in a report this week. Thirty-one of the girls ended up in forced labor as did 26 of the women.

"The stories we commonly hear are of vulnerable people being approached by traffickers with false promises of work and a better life," said IOM spokeswoman Dina Parmer, adding some refugees were unaware of the risks.

"Others may be aware it is dangerous, but feel their situation is so desperate that they are willing to take extreme measures, perhaps sacrificing one family member for the sake of the rest of the family," she said in a statement.

The rest of the trafficking survivors comprised of 25 adult men and eight boys who were forced into labor. Five women and four girls ended up in situations of sexual exploitation.

The Bangladeshi charity Young Power in Social Action (YPSA) is raising awareness among refugees of the dangers of trafficking, and has been collecting reports from Rohingya community leaders, as well as local and international groups.

"More than 1,000 have been identified as victims of human trafficking," said Jishu Barua of the YPSA.

More than 900,000 Rohingya, an ethnic and religious Muslim minority in Myanmar, live in Bangladesh's Cox's Bazar district, the vast majority in camps, according to the U.N.

About 700,000 of them arrived in the four months after August 2017 military operations that the U.N. and human rights groups said targeted civilians. In September 2018, the U.N. declared Myanmar security forces' actions a genocide.

Myanmar has denied most of the allegations.

Bangladesh bars refugees from leaving the camps, or holding jobs other than participating in small-scale cash-for-work programs run by humanitarian agencies, IOM noted.

"They are desperate to get out of the camps to make some money," Barua told the Thomson Reuters Foundation by phone from Cox's Bazar.

Traffickers prey on that desperation, offering transportation and work opportunities, according to IOM.

Among the cases IOM documented, one woman was forced to work "extremely long hours for very little pay in the fish processing industry," while girls and young women were used as domestic maids.