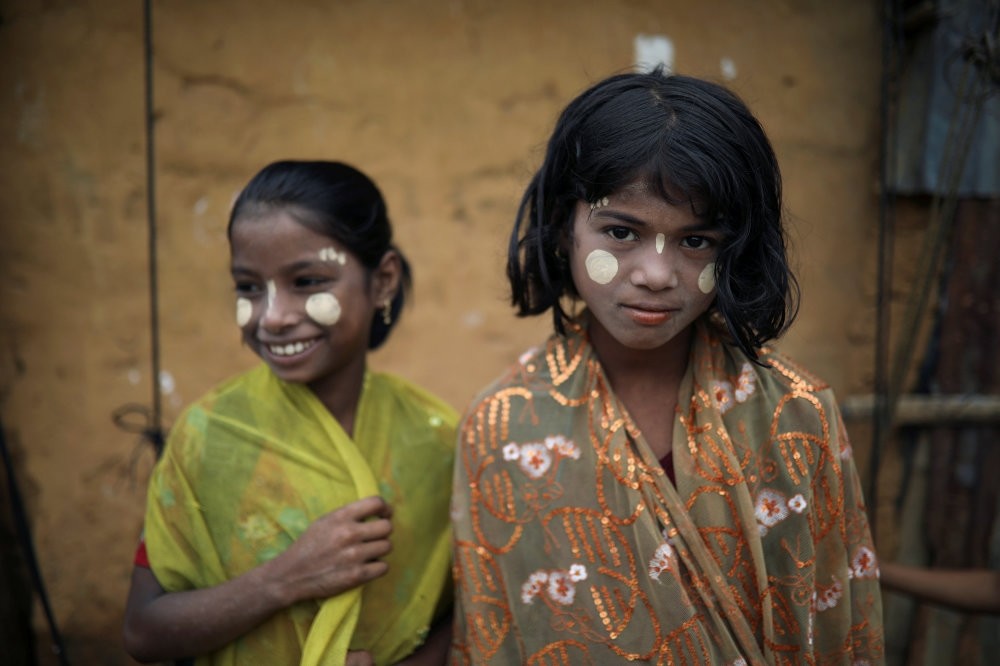 Young Rohingya refugee girls increasingly become the worst victims of human trafficking are many of them are sold into forced labor by their desperate families in Bangladesh, the U.N. migration agency says

Rohingya refugee girls are being sold into forced labor to raise money for desperate families in overcrowded camps in Bangladesh, according to the United Nations' migration agency.

The International Organization for Migration (IOM) said it had identified 99 cases of human trafficking during the year starting Sept. 2017, although it cautioned that the true number was likely far greater. Of the victims, 35 were girls and 31 were women, the IOM said in a report this week. Thirty-one of the girls ended up in forced labor as did 26 of the women.

"The stories we commonly hear are of vulnerable people being approached by traffickers with false promises of work and a better life," said IOM spokeswoman Dina Parmer, adding some refugees were unaware of the risks, as reported by Reuters.

"Others may be aware it is dangerous, but feel their situation is so desperate that they are willing to take extreme measures, perhaps sacrificing one family member for the sake of the rest of the family," she said in a statement. The rest of the trafficking survivors comprised of 25 adult men and eight boys who were forced into labor. Five women and four girls ended up in situations of sexual exploitation.

The Bangladeshi charity Young Power in Social Action (YPSA) is raising awareness among refugees of the dangers of trafficking, and has been collecting reports from Rohingya community leaders, as well as local and international groups. "More than 1,000 have been identified as victims of human trafficking," said Jishu Barua of the YPSA.

Nearly 1 million Rohingya Muslims, driven away from their homes in neighboring Myanmar, are living in squalid camps in the south-eastern Bangladeshi district of Cox's Bazar. Of them, more than 700,000 crossed the border into Bangladesh after Myanmar launched a brutal military crackdown in August 2017 in response to insurgent attacks on security posts in the northern Rakhine State.

The U.N.-backed investigators presented a report last month that painted a grim picture of crimes against Rohingya. The report found that certain members of the Myanmar army have participated in a genocide against Rohingya Muslims, many of who fled to neighboring Bangladesh. The 444-page United Nations fact finding report has called the crimes committed by the Myanmar army "the gravest crimes under international law." Referring to previous U.N. reports, the report listed similar actions taken by the Myanmar army and government in the past against the Rohingya.

The United States and eight other countries on Tuesday requested a U.N. Security Council meeting on Myanmar to hear from a U.N. fact-finding mission that has accused the country's military of atrocities against Rohingyas. In a joint letter seen by AFP, the nine countries said the mission's chairperson should brief the council to allow it to "receive further information on this situation and its implications for international peace and security."

Rohingya Muslims are the most persecuted minority in the world according to U.N. figures and continue to suffer from oppression under the Myanmar government, the army and Buddhist extremists. Over the past decade, thousands of Rohingyas have been killed since violence broke out in 2008, causing hundreds of thousands to flee their homeland for Bangladesh, Malaysia and other countries in the region. Although the numbers are contested, it is known that thousands of people have been killed in last few years, while more than a million had to flee.