No final communique after APEC summit as US-China divisions prevail 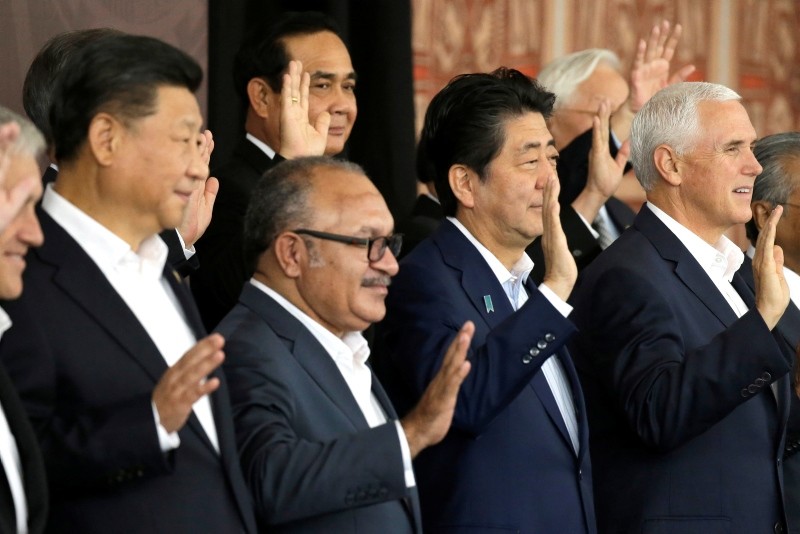 An acrimonious meeting of world leaders in Papua New Guinea failed to agree Sunday on a final communique, highlighting widening divisions between global powers the U.S. and China.

The 21 nations at the Asia-Pacific Economic Cooperation summit in Port Moresby struggled to bridge differences on the role of the World Trade Organization, which governs international trade. A statement would be issued by the meeting's chair, Papua New Guinea's Prime Minister Peter O'Neill, instead.

"The entire world is worried" about tensions between China and the U.S., O'Neill told a mob of reporters that descended on him after he confirmed there was no communique from leaders.

Canada's Prime Minister Justin Trudeau told reporters there were differences between several nations including China and the U.S. Draft versions of the communique seen by The Associated Press showed the U.S wanted strong language against unfair trade practices that it accuses of China of.

The two-day summit was punctuated by acrimony and underlined a rising rivalry between China and the West for influence in the usually neglected South Pacific.

The world, according to Xi, is facing a choice between cooperation and confrontation as protectionism and unilateralism grows. He said the rules of global institutions set up after World War II such as the World Trade Organisation should not be bent for selfish agendas.

Pence told reporters that during the weekend he had two "candid" conversations with Xi, who is expected to meet President Donald Trump at a Group of 20 summit at the end of this month in Buenos Aires.

"There are differences today. They begin with trade practices, with tariffs and quotas, forced technology transfers, the theft of intellectual property. It goes beyond that to freedom of navigation in the seas, concerns about human rights," Pence said.

The U.S. is interested in a better relationship "but there has to be change" from China's side, Pence said he told Xi, who responded that dialogue is important.

In Port Moresby, the impact of China's aid and loans is highly visible. But the U.S. and allies are countering with efforts to finance infrastructure in Papua New Guinea and other island states. The U.S. has also said it will be involved in ally Australia's plan to develop a naval base with Papua New Guinea.

On Sunday, the U.S., New Zealand, Japan and Australia said they'd work with Papua New Guinea's government to bring electricity to 70 percent of its people by 2030. Less than 20 percent have a reliable electricity supply.

"The commitment of the United States of America to this region of the world has never been stronger," said Pence at a signing ceremony. A separate statement from his office said other countries are welcome to join the electrification initiative provided they support the U.S. vision of a free and open Pacific.

China, meanwhile, has promised $4 billion of finance to build the the first national road network in Papua New Guinea, among the least urbanised countries in the world.